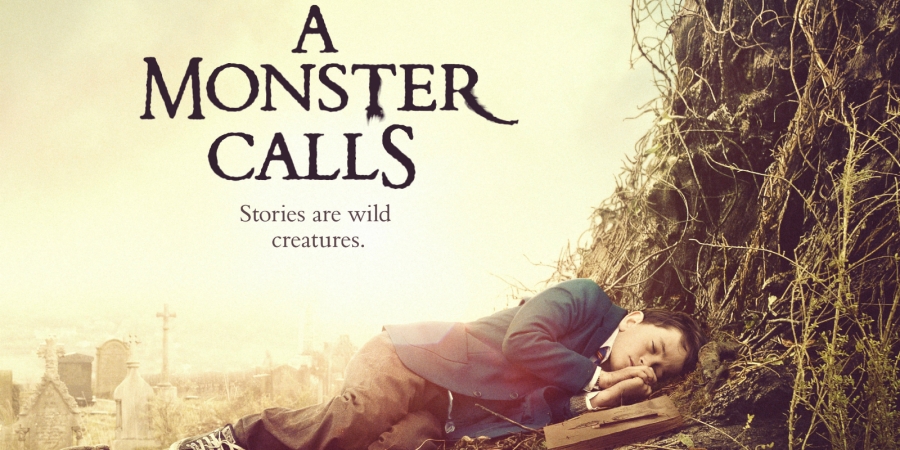 Let’s face it, this year has not got off to a good start. Not even a month in and we’ve already lost John Hurt, our governments have been so devastated by that news that in tribute they’ve decided to turn the world into a fully interactive version of 1984 running 24/7  . In times of crisis we have two options; we can either 1) Help solve the problem. 2) Ignore the problem and lose ourselves in film, television, video games and music. Obviously we did number two. So here’s how we got through the first month of this year

This is not an easy film to watch on an emotional level, one of the few films I’ve seen lately that seeks to emotionally blackmail the watcher. Definitely the best looking film I’ve seen at the cinema this year (note: it’s the only film I’ve seen at the cinema this year). One of the few downsides is Sigourney Weaver’s English accent, which is slightly uneven throughout. Reminiscent of a mix between Pan’s Labyrinth and a Neil Gaiman book, can be best described as a modern day fairy tale. Bayona did a fantastic job of directing this, whilst the Liam Neeson tree is telling stories (it’s an odd film) the film switches visual styles so it almost becomes a living watercolour painting, it’s awe-inspiring and genuinely new, never seen anything that was done like this (the closest is when Hermione was telling the stories of the Three Brothers in Harry Potter and the style switched to a weird animated one). The only previous film I’ve seen of his was The Impossible, and that was in 2012 so can’t remember too much about it, but I can remember being really impressed with the way he directed certain moments in it and was really good at creating visual tension, which is a good sign for his next film; the Jurassic World sequel.

Whilst A Monster Calls is bleak, it cannot hold a candle to this. A film which begins with someone kicking a dog to death, gets progressively bleaker, and then culminates in the lead character decapitating a dog and sitting there with it’s head in his lap, with tales of domestic abuse and rape in the middle. If you know someone who is annoyingly optimistic and happy, show them this film, you will break them. Still a major disappointment that Olivia Colman didn’t win a BAFTA for this, didn’t even get nominated which is a shame as I truly believe she’s one of the best British Actresses around at the moment, nobody can wring emotion from a story like she can.

This was mainly to recover from Tyrannosaur. Brought for £5 from Morrisons and I feel like I cheated them somehow by getting it so cheap. The film equivalent of a rainbow emanating from a bowl of skittles and raining sunshine and joy onto people below. One of the few films this year which has made me genuinely laugh out loud multiple times, which takes some doing as I’m a miserable bastard.

Slightly too anvilicious in it’s environmental message, but otherwise it’s fantastic literature. Brilliant characterisation as well, the series is basically about somebody becoming a hero over the course of 8 books, and he was very evil in the first book so it was a long journey. A tale of growing up, a tale of greed, and a tale of humanity. One of the the best children’s book series I’ve ever read, it’s basically Die Hard with fairies, if the lead character was Light from Death Note. A film adaptation directed by Kenneth Branagh is hopefully on the way, and he’s a director who I feel can really do it justice.

I know, I go on about this all the time, but there’s a reason for that; because I love it so much. Funny, heartbreaking and with songs so catchy it’s almost suspicious.

An odd panel show on BBC (previous episodes available on iPlayer) about people. Basically they answer questions about historical figures and celebrities who all share the same name. Each episode focuses on a different name, so, for example, the episode this week was based on Charlie, so you had the teams answer questions about famous people called Charlie. Hosted by Sue Perkins, with Josh Widdicombe and Richard Osman From Pointless (to give him his full name) as team captains. A show which I can’t imagine working on any other channel than the BBC, and which wouldn’t be made by any other country than this one. Very very funny, and you learn a lot too.

Completely different from what I imagined Kate Tempest would sound like, but oh so good. A wonderful piece of lyrical storytelling that you can just put on and lose yourself to.

I first heard it in Bojack Horseman, and it has stuck with me ever since. Beautifully emotional, like proper tears and angry shaking emotion. The kind of song you’d drink yourself to death to.

So that’s how we got through this month, what did you use?