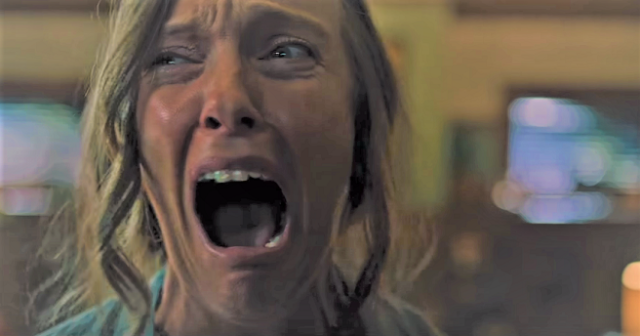 It’s been a few days since I watched this. I needed the cool-down period so that I could approach this with the sophistication and slick analytical nature which we are known for. So here goes: WHAT THE COCKING SHIT-FUCK WAS THAT?

There is a very good chance you’ll find the opening third incredibly tedious, and you will look at your watch/the person next to you/your own reflection in the shiny surface of something as you contemplate how you’re wasting your life. But like all films; once the small child gets decapitated, it really picks up. But only compared to what was going on before, compared to standard films it is still incredibly slow. Almost two-thirds of the film is basically foreplay, which is always a risky strategy as it means if you flub the actual orgasm then it’s just been a massive waste of everyone’s time. Luckily the cumshot here is really good. The closing section is just insane, in a brilliant way. I feel it could have been a better film if you cut a lot of the opening, but then that also could have hurt it. Part of the brilliance was the way everything was set up, there is SOOOOO much foreshadowing it’s actually genius. So many things you think are inconsequential (even the play being studied in class) actually turn out to be deeply important. After leaving the film you’ll suddenly remember a seemingly throwaway line, and how it actually foreshadowed something important, and you’ll think “fuck, that was brilliant”. And it is. The script is the work of someone who knows exactly what they’re doing. Same with the directing, scares are punctuated with audio cues. What normally happens in a lot of horror films is this: person is sitting in an empty room, suddenly there’s a loud piece of audio, and a face appears behind them. The way this does it; person sitting in an empty room, you suddenly notice there’s a face behind them, and you wonder how long it’s been there. This shows fantastic competence from a first-time director and is a brilliant idea. It forces you to feel you have to pay attention to every single moment. You can’t look away, not even for a second unless you want to risk missing. A lot of the times for films you can be a passive watcher, you’ll be watching the film but you won’t really be fully focused on it, you’ll be thinking of how hungry you are, whether England will win the world cup (Spoilers; yes! But not the football one, the cheese-rolling world cup), or whether that person sitting in front of you will ever SHUT UP and if he doesn’t stop talking you’re going to go down there and twat him with a crowbar. This, you’re very active, you can tell this even in the body language of the people who were watching it whilst I was there; everyone was leaning forward. It’s not just that that makes it seem the work of a seasoned director, the way they cut between scenes is unique, and brilliant, and is sure to lead to many poor directors attempting to imitate it and failing miserably.

This makes the very last scene even more frustrating. The film does a brilliant job throughout of teasing you with the truth, giving you glimpses of why what is happening is happening. Which makes it very puzzling that the final scene is someone explaining exactly what it was about, it would be like if you were watching The Thing and at the end John Carpenter appeared on screen and said “That guy on the left, he’s not human”. It treats the audience with so much respect for most of the film an then thinks we’re idiots who need it explained to us for the final section. I mean, I am an idiot, but still.

That being said, kudos to the film for having the sheer balls to kill what looked like the main character, and so brutally too, I like marketing works like that, when it deliberately deceives you, but not in a way that you feel cheated, but in a way that it means the story beats come as a complete surprise. It’s the way of saying “okay, now all bets are off” and it throws you off, I love it.

So should you see it? Maaaaaybe. There’s another film you should watch first: The Witch. If you hated that, you’d hate this too. But if you liked it, you’d like this too.