The best kind of thriller; nailbiting, bleak, and full of characters you actually give a shit about. The director of the amazing Prisoners and Enemy solidifies his place in the Western filmmaking world with this all-star thrill-ride. Hosting an Oscar worthy Emily Blunt, a shit-ya-pants Benicio del Toro, a 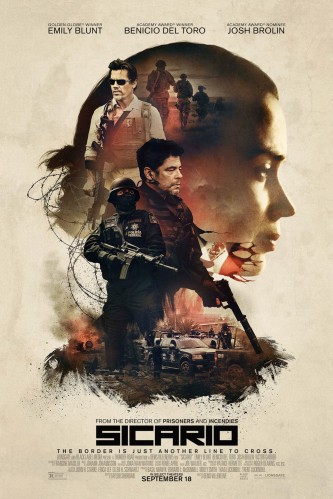 nd an oddly chilled out Josh Brolin who adds the much needed levity between all the torture and mutilation. Directed with a Finchian level of detail and pristine, it follows by the books SWAT officer Emily Blunt as she is submerged into the murky work of the War on Drugs, and is tasked along with the mysterious Benicio del Toro to bring down the head of the Mexican Cartel. Sticking well clear of action tropes this isn’t a glorious, FUCK-Yah-‘Merica tale of beating the bad guy, this is a twisted, gritty, and dark morality tale that tells us that rarely the right thing to do, is the best thing to do.

I know this is basically a comedy, but it is also an intense Sci-fi thriller and if I didn’t put it here this section would be pretty spare. Ridley Scott’s best film in years (though I think I’m the only guy with a soft spot for The Counsellor), is a beautifully shot adventure following a marooned astronaut on Mars and his optimistic fight for survival. Now I don’t think there’s much more I can say about this, its just a damn good film, Matt Damon reminds us why he’s a superstar, and “Science the shit out of this” is destined to become an obnoxious over used phrase. But what allot of people I think fail to mention, is just how damn fun the Earth team is. Yeah the focus is on Damon, but 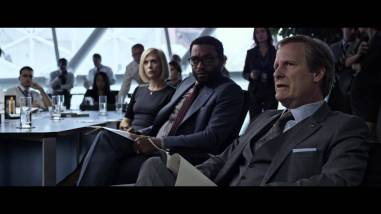 Jeff Daniels, Chiwetel Ejiofor and their team on Earth are just as engaging to watch as they have to ‘Science the shit out of it’ there end, to work out how to get to Damon before he dies. If you haven’t caught it already, it’s more than worth the two hour plus run time.

Screw the next film on this list, THIS was the funnest action film of the

year. Essentially a spy flick parody with a real plot and its gun barrel firmly planted in its cheek; it’s bloody, stylish, and with a perfect twee British sense of humour. It’s like if the Pythons directed a James Bond flick, but not without some studio supervision. Taron Egerton proves himself a bankable action lead and rising star in Hollywood, and I can’t wait to see where he goes next; while Colin Firth does a clean 180 and flawlessly reinvents himself as a very convincing action star without losing an of his preppy Britishness we’ve come to love and treasure. The bad rep this seems to be getting from some critics should be completely ignored as high-brow snobbery and the last thing I’ll say is go in expecting something silly but amazing, and be ready for some ultra-violence

Because it Mad Max fucking Fury Road. The action is kinetic, Charlize Theron is jaw dropping, and it tells us more about it’s world with barely any dialogue than three Star Wars prequels could. What else needs to be said?

God damn I love me some good old Sci-fi mind fuckary, and I love Oscar Isaac. This was his other big Sci-Fi film of the year, you know apart from…you-know-what, and in my opinion it’s the stronger of the two. In almost every way a closed box thriller, Domhnall Gleeson plays a dweeby programmer brought to an underground house by his eccentric bro-y boss to perform a turing test on a Female robot he’s created, and work out if she really can feel. And from that it breaks out into a tense psychological game of cat and mouse and fox, and I won’t ruin who gets eaten.

Who knew the best super-hero film of 2015 would be Ant-Man. Plagued with production issues for years, worst of all being the walk out of geek god Edgar Wright from directing, but despite all that Ant-Man STILL came out kicking. Helped by a great cast led by an always loveable Paul Rudd and an enjoyably cranky Michael Douglas, Ant-Man found its strength by keeping the comedy present throughout, in character scenes, exposition scenes, and action scenes, it always stays funny. Which makes it’s few moments of seriousness hit that much harder, him shrinking to the quantum realm was truly amazing, and gave the film the weight it needed. Is it perfect? Far from it; but it was a fun ride, with good action, and a much needed breath of fresh air for the quickly staling Marvel verse. 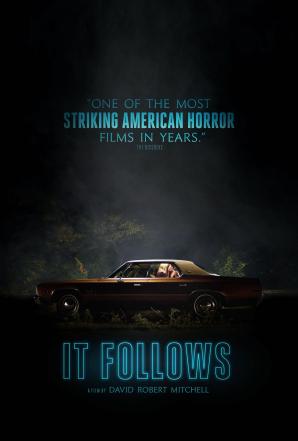 It Follows
Easily the best horror film of the year. A real 80’s throw back to the likes of Halloween and Nnightmare on elm street, you can practically see Wes Craven’s fingerprints. With a focus on building atmosphere and tension over moderns mindless jumpscares, an actually likeable cast, and an intriguing story, It Follows will leave you glancing over your shoulder and watching off into the mid-distance. 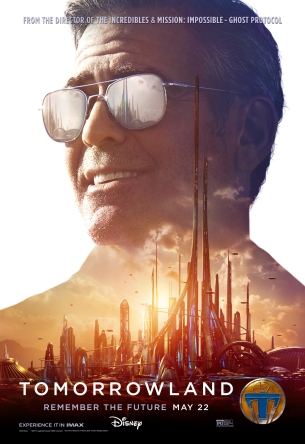 Does this have problems? Yes. Are all of them made up for by pure retro-charm and heart? YES. I don’t know what people went in expecting with this film; some epic Sci-Fi drama that would change the world itself? Who knows? But if you went in just looking for entertainment, you got it in space-spades. A glories throwback to science fiction films of the 1940-50’s when the future was still fun, Tomorrowland may be slow to launch, but when it does it rockets through so many awesome set pieces, ideas, and so much enjoyable pseudoscience and alternate history bollocks , you can’t help but be charmed. Britt Robertson proves herself to be more than Jennifer Lawrence light, George Clooney shows he can wear the old curmudgeon

hat with panache, and Raffey Cassidy is becoming one of the most unique child stars acting today. Is it a perfect film, no, but not everything has to be! We seem to be living in a world where if something isn’t ‘#tHeBeSTThInG_EVEEER’ then it’s terrible…No. Not everything has to be perfect in every aspect if it wasn’t trying to be. This film wanted to be nothing more than a fun family adventure with a good message, and it was hung because that’s all it was.

Oh and like Star Wars happened I guess. It was pretty good.