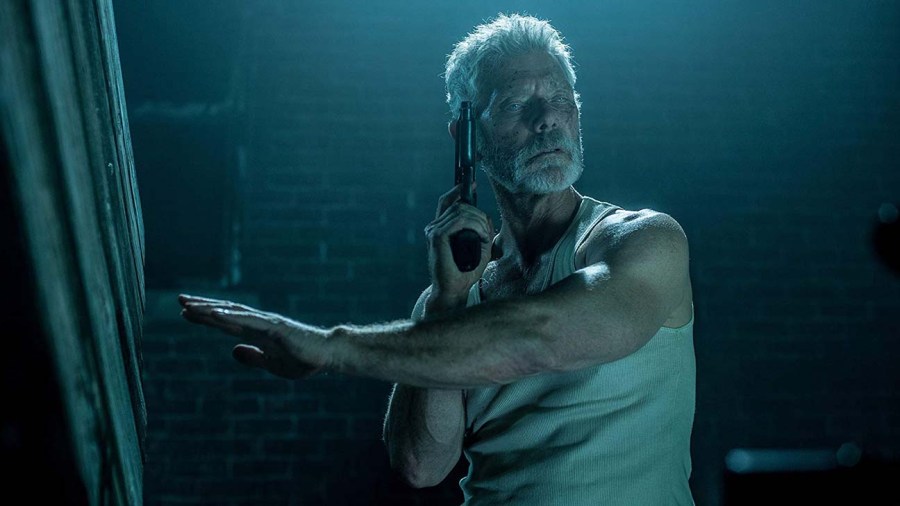 Quick synopsis: A blind veteran has to defend a young girl from people who want to kidnap her.

I went into this knowing there was a chance I wouldn’t like it. I didn’t like the first film, mainly because I saw it as just a group of terrible people being awful, I had nobody to root for and my main hope was that the winner would be a gas leak under the house.

It was clear that the reaction to The Blind Man from the first one meant that a sequel would turn him into an anti-hero. It’s a bit weird as the first film tried so hard to make him hateful so when you’re watching this that is always in the back of your mind. It’s like in Cruella where no matter what she does you know she’s capable of attempting to skin dogs alive. Only for it to be comparable to this she would have had to have kidnapped and raped them too, now I haven’t seen the original animated 101 Dalmatians, but I’m fairly sure she didn’t do that (maybe in the original book).

This feels like it’s trying very hard to give him redemption. It even has a character say

“you’re a bad man, a man who’s done terrible things. At least you think that, I’m the same”.

No, but he actually is evil. He’s not an anti-hero. The previous film, again, had him forcibly impregnate someone. I’m all for morally ambiguous characters but there is a limit. There are some evils you can’t be redeemed from, and what he did is one of them. It would be like having a film called Hitler 2: Electric Boogaloo, where it turns out he faked his death and now runs a dance club in Argentina where he helps youths stay out of trouble and fall in love.

Now, onto this film itself. It’s……it’s so forgettable. I would have rather it be bad than be as bland as this is. It’s nothing. It’s a film which if I didn’t make notes I would REALLY struggle to come up with a summary at the end of the year. The characters aren’t that memorable, the situation is cliche, and most of the dialogue seems very first draft.

On the plus side, it’s quite well directed in parts. This is the directorial debut of Rodo Sayagues, and he already seems experienced in it. The best parts of this film are due to him. There’s a tracking shot in this which belongs in a much better film. There are a few issues with cohesion and clarity, but for a first-time film this is incredibly strong and great showcase for what he could do.

Stephen Lang continues to do a great job as the lead, but he still reminds me too much of Kevin Nash for me to be entirely comfortable.

Overall, it’s hard to recommend this, but I do say as someone who went into the film with expectations to dislike it. Maybe if it was a standalone film I would have been more appreciative of it. But as it is it’s so incredibly nothing that it’s hard to overcome my expectations.