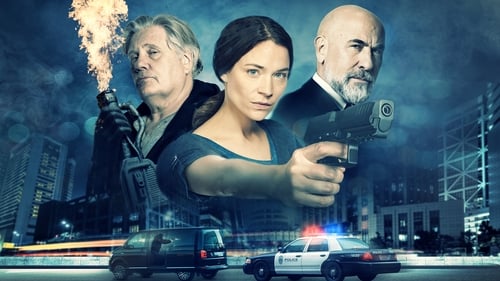 Quick Synopsis: Four thieves wake up in a warehouse and are forced to carry out a diamond heist. No, it’s not as exciting as that makes it sound.

Occasionally I watch bad films. One of the annoying things about having to review them is it means I can’t walk out. On the upside that means I can usually get a pretty entertaining review fuelled by bile and anger (as was the case for Wolf). Failing that, I can at least make it interesting by suggesting ways the film could be improved (as in the case of Fantasy Island), so at least the review has something to say.

Then there are films which are bad, but I struggle to write about. Films which are not just bad, but dull. Films where I almost have nothing to say, where I can’t begin to suggest improvements or single out issues because nothing about it works. This is one of those films. The concept? The concept is fine. A group of thieves being forced to commit a diamond heist? That works for me. Although considering they have to leave the building they’re trapped in to commit the heist, did they really need to be trapped in their to begin with? Could they not just as easily just be threatened and blackmailed? The film wants them to be trapped, but it also NEEDS them to leave the building and it never really gets comfortable with both those things being alongside each other. I will admit, there is possibly a slight chance that there was a great explanation for all of this somewhere in the film, but it was so incredibly dull that my brain switched off.

I like my heists movies in one of two ways: Fun as fuck, or intricate and smartly written. This is neither. The actual heist itself is incredibly dull, with dissolve cuts showing the character transitioning towards the safe, going through laser trip alarms. Why would you transition quickly through that? That takes away from the “will they manage it?” aspect which is crucial in a film like this. The “going through the lasers” is a trope of these movies, and that’s because they’re SO easy to add tension and suspense to. The audience gets to see how close they are to failing, knowing that a small slipup can derail the whole plan. So getting rid of that aspect is a massive loss to the film. It would be like doing a slasher film and not having the final showdown. It does rely on some of the old cliches, the backstabbing, the “everything is not as it seems”, but they’re so badly done it’s like the writers knew they had to do them, but they didn’t know why.

This would be forgivable if the characters were well written. They’re not. Animated films from the 1930s have more dimensions than these characters. They’re so bland you can eat them between courses to cleanse your pallet. It’s not helped by the performances, I’ve seen some of the actors from this in other things and they can be good, but it seems like they seemed to have picked the worst line reading every time. None of the performances seem natural. It’s like nobody on the film seemed to give a shit about making it the best film possible. It lacks passion, it lacks brains, it lacks anything that I would want to see in a movie.

How bad is it? This is the first film where I’ve got close to just turning it off and binning the review halfway through. I usually post these a few days after I see them so that I get enough time to gather my thoughts and compose them properly etc. I finished this about five minutes ago. I’m posting it because I don’t want to think about this film for a second longer than I have to. Once I post this, it will be wiped from my memory and I will never need to think about it again (at least until the end of the year anyway).