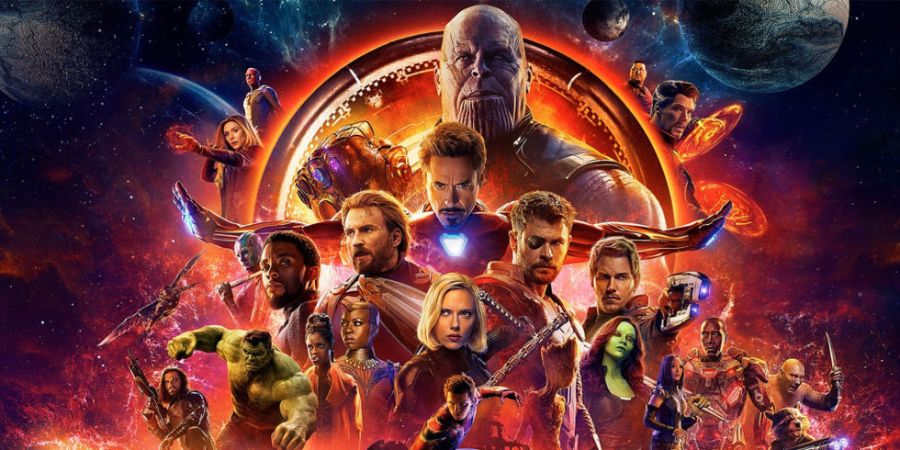 A few years ago I saw a film called Men, Women & Children. A film that had moments of okayness but failed to maintain even that. The main reason for this was it had too many characters and it couldn’t focus on all of them, as such some felt underdeveloped and the time spent with them felt utterly pointless. There was concern that the same would happen with this. This had a lot of characters, and all of them were somebody’s favourite (yes, even Thor), so if you didn’t do them properly then you’re going to annoy a lot of people, and in the age of social media, especially with such a highly anticipated film, the slightest inkling of dissatisfaction and they’d be nerd-rage akin to if you said “maybe not everybody has to be white”. As it is, this balances the characters pretty well. Whilst the characters are split into separate groups, there’s no real “core” group. None of them seem more plot-focused than the others. That being said it’s not entirely equal. It seems like the Guardians characters have a lot more to do within their groups than the others. Surprised there’s not really any new characters in it, I mean, there’s an allusion to one at the end but the only new people are the villains. This is slightly odd as it means that these are the only ones in the entire universe. Where was Stallone etc from Guardians Of The Galaxy 2? You’d think they’d have heard of Thanos’s plan and tried to stop it. Or anybody from Agents Of Shield (is that still going? I got incredibly bored by it quite quickly so stopped watching). It’s going to be incredibly difficult to introduce new characters after this, as the first question anybody will ask is “where the fuck were you when this happened?” Before it’s been mostly localised destruction, but maybe with the potential of worse things happening later. This was half of existence being threatened with extinction. There should have been a lot more people.

I mean, yeah that would have meant the film would be like seventy hundred hours long. But even if you just mentioned “earth has been closed off to visitors” to explain others not being there it would be better. Don’t get me wrong, I did love this film. The character interactions were fantastic (although still disappointed nobody said “no shit, Sherlock” when Doctor Strange and Iron Man shared a scene). It was great that the established groups got split up and we got characters sharing scenes who had never interacted before. On the downside, this causes a problem for any future films. The same problem that hit the MCU post-Avengers. From now on whenever a character has a solo film you’ll be wondering why nobody else is helping. If any other Iron Man films happen in the future then he has space-travelling assistance to come help him.

Has to be said that the fact that this film works, and works brilliantly is a true testament to the skill involved. The script is incredibly tight and focused, barely any fluff at all, which considering how long it is is quite impressive. It looks great, the scenes on Titan, in particular, look stunning, The setpiece in Wakanda, whilst not exactly disappointing, isn’t as stunning to look at as you feel it could be. And the music is still a bit of a letdown. Marvel doesn’t really have a great track record when it comes to original music (Black Panther being the obvious exception), they have that one piece of Avengers music they use, but every time I try to think of that I get the Harry Potter music in my head. Even the Saw franchise had a recognisable theme they used as shorthand for “shit’s about to go down”.The power of good music (and not just in a “using established songs) way) is underappreciated in modern cinema but could work wonders. If MCU had character themes then the introductions would be a lot better, imagine if you see a character in the darkness, you have no idea who they are but then a familiar theme plays, exciting you before you even see them.

So yeah, if you’ve liked these films, you really need to see this, but I can’t imagine you enjoying this if you haven’t seen the others. This is not the film you watch to introduce you to the MCU, you’ll be completely lost. So, see this, but see the others first. Will be posting a second review of this later on in the week, specifically focusing on the ending. So look out for that over the weekend.