The American television industry had shockwaves running through it this week as president Michael Lombardo left after 33 years at the network, 9 of them as network head. Lombardo has spearheaded some of the networks most loved programming, notably he was responsible for guiding Game Of Thrones into development. The future for the network is now somewhat uncertain, not in a “they’re going out of business” way, but in a “wonder what’s happening next” way. Longtime collaborator Terence Winter quit halfway through development of the second series of Vinyl, Westworld had production halted when it was decided it needed retooling, and Game Of Thrones is suffering from rumours that it will end after another two seasons (or in other words; the time it takes George R.R. Martin to decide on a verb). So let’s celebrate the network with this, a look at the best work they’ve produced. This isn’t ranked by order of popularity, or critical success, just personal preference, so statistically nobody will agree with this, if that’s the case, comment and tell us where I went wrong. 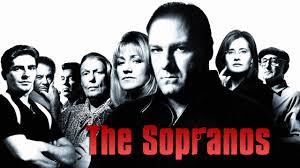 One of THE shows of the 2000’s. It was almost like they saw Lock, Stock and Two Smoking Barrels, and said “Awww, Britain thinks they can make gangster related media, how adorable” and reclaimed America as the centrepiece for gangster films and television shows. I said “almost like”, the pilot was actually ordered in 1997, so it’s just a coincidence. But meh, still an awesome show. The effect it had on television cannot be understated, it could easily be argued that it was this, not Breaking Bad that legitimised television as an artform, not as a stepping stone on the way to film. If it wasn’t for this there wouldn’t be Six Feet Under, there wouldn’t be The Shield. It was this, more than anything, that legitimised HBO as a network that provides high concept dramas, a network that will produce content you wouldn’t get anywhere else. This was a show that could only really be done on this network, it was too brutal, too uncommercial to be made by anyone else. 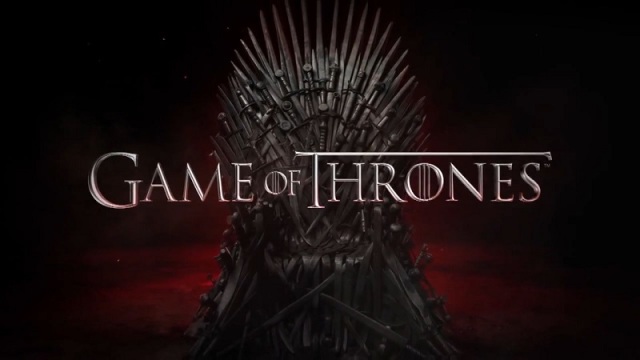 A show so good it deserves its place here despite me having never seen an episode. A show once described (not by a critic, or anybody important, but by a woman behind me on the bus) as like “Merlin with muff”. Everyone knows roughly when Harry Potter was published, and it’s the same with a lot of book adaptations, but I think a lot of people would be surprised to discover the first book was published in 1996, yet most people weren’t aware of it until the TV series (the series didn’t really pick up until A Feast Of Crows in 2005). Without the show the book series would be highly regarded, but with it? It’s become a cultural phenomenon, and shown that you can do not just high concept, but high budget adaptations too. If the show was made sooner then the chances of Harry Potter being a TV series instead of film would be much higher, and we might have got Rik Mayall as Peeves, AS WE DESERVE!

A show so good that it’s replaced The Office as evidence that American adaptations of British sitcoms can occasionally work out. Is this better than The Thick Of It? Not quite, but is it worthy enough to be discussed on its own? Definitely. It wasn’t really the easiest show to adapt, ABC attempted it in 2007 with Michael McKean (of Spinal Tap and Better Call Saul fame) and Oliver Platt in the leads. They made the pilot, and by all accounts it was pretty awful, they turned it into a conventionally shot sitcom, removed all improvisation and swearing, and then were surprised when it didn’t work. It would be like if you remade Transformers and took out all references to any robots, removed baking from Great British Bake Off, or added jokes to Joey. So when a second adaptation was announced, people were kind of worried. Then it was announced that Armando Iannucci would be directly involved and people were excited again. Then it was announced that Julia Louis-Dreyfus was the lead and I became very excited as I was a massive Seinfeld fan. I was slightly concerned how an American version of this would be, but it’s just as sweary and brilliant as the original. The original was good, but it didn’t have the line “That’s like trying to use a croissant as a fucking dildo, it doesn’t do the job, and it makes a fucking mess”. It’s probably helped not just by Iannucci as showrunner (at least until the 5th season when David Mandel took over almost seamlessly), there’s other talent behind the camera too. The list of director’s is like a who’s who of British television comedy: Chris Morris, Chris Addison, Tristam Shapeero etc. This show is a mesh of British and American talent, and is all the better for it. Long may it continue (still needs Peter Capaldi though)

Seinfeld is undoubtedly one of the biggest American sitcoms of all time (sadly, one which has never really got the love it deserves over here) so it was always going to difficult for the creator, Larry David to pull off that greatness again. Yet he managed it, this show not just matches his previous show, at many times it beats it. Seinfeld had a weak period, the last two seasons in particular are nowhere near as good as the earlier seasons, but Curb hasn’t suffered that problem. The first season is a little off as the show is still finding its feet, but the second one is just all kinds of brilliant and details the character attempting to make a show after the success of Seinfeld, so lots of meta-comments and the media, lots of in-jokes, and a season long story arc. Basically, all the pretentious stuff that film students love. Oh yeah, the cameos. Because Larry David plays himself, and he konws famous people, there’s a lot of celebrity cameos; Ricky Gervais, John McEnroe, Mel Brooks all send themselves up beautifully. The Ricky Gervais one is important because he also made a cameo-heavy sitcom: Extras. There’s one major difference between the way the cameos are handled thought: Extras is defined by the cameos, episodes can almost be titled after them. People think “oh, that’s the Samuel L Jackson episode”, or “that’s the Orlando Bloom episode” and that’s how they’re defined, in Curb, the story comes first, and it’s all the better for it. The best one is probably Michael J. Fox, where he uses his Parkinsons as an excuse to be a bit of a dick in one of the best “I shouldn’t be laughing at this” moments, of which the show has plenty (a highlight is the episode where a holocaust survivor has dinner with someone from the TV series Survivor, and they argue over which one is the true survivor).

An odd choice for number one, I know. Not the funniest, not the best made, but definitely the most important. Like a surprisingly high amount of American political comedy, this owes its existence to The Daily Show. When Jon Stewart took a break from the show in 2013 to make Rosewater, he handed the show over to John Oliver, who filled the role admirably. That’s not an easy role to fill, as anybody who has been on the comments section of the facebook page of the show since Trevor Noah took over can attest (for the record, I think he’s doing an excellent job). John Oliver’s stint was so successful HBO offered him a series. Unlike the Daily Show this only has one episode a week, so isn’t really suited for extremely topical stuff. But what this does mean is the areas they do focus on, they REALLY focus on, aiming for them like US Military planes aim for terrorist training camps, only unlike the military, this show usually hits what it’s aiming for. Whether he’s creating Jeff The Diseased Lung in a segment on tobacco companies, or starting Our Lady Of Perpetual Exemption to show how televangelists should by all rights be told to go f*ck themselves with that knife-penis from Seven, this show constantly creates amazing segments which are perfect for sharing on social media. His reaction to the terrorist attacks in Paris last year was particularly fantastic, basically telling ISIS “if you gigantic arseholes are hoping to win a war of culture with France, good fucking luck”. To me, a personal highlight will alway be his war of words with former FIFA vice president Jack Warner, which led to the corrupt former executive to respond, calling him a “comedian fool” in a really badly made video. It’s weird, you’d think a guy who (allegedly) diverted relief funds from a Haiti earthquake appeal, and illegally sold black market tickets (not allegedly, this definitely happened, and he was punished for this million dollar making fraud by being made to pay back $250,000) would have enough money to make sure his videos were of a better production quality.