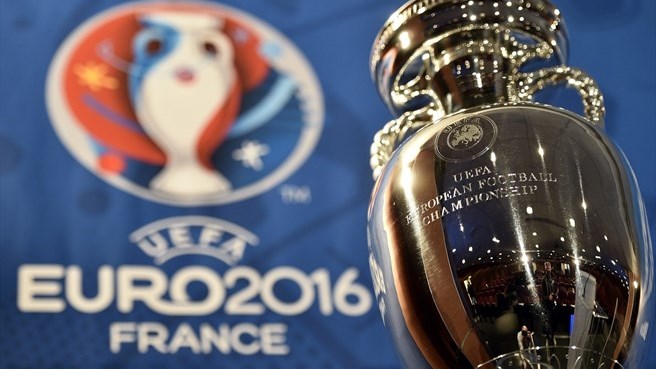 So, Euro 2016 kicks off today, and what better way to celebrate than by an in-depth look at every team in the tournament? Yeah, we’re not doing that. I was going to do a blog looking at the movies from each country and try to work out which one would win if football tournaments were decided based on which country made the best movies (like they should be), but then realised that would require watching Russian cinema, and I already spent far too long with a knife to my wrists so watching “Life Is Awful And You’re Going To Get Killed By A Bear Whilst Drinking Vodka, Unless You’re Gay Then You’ll Just Be Killed By Police 2: The Sequel” won’t help. So I decided to showcase the hidden side of sport, the side I find fascinating, the stories told within. People love a good sports movie (maybe not as much as they did in the 90’s but still), even more so if they’re based on a true story. So here’s my favourite football stories which are yet to be (major) films.

Let’s start with the obvious. Hands up everybody who saw this coming. Liars! Sit down. Leicester barely escaped relegation last year so the odds of them not being relegated, let alone winning were astronomical. This isn’t hyperbole, the odds of it happening were 5000-1. With a squad which cost less to put together than some teams spent on one player, those odds were well placed. To put those odds in perspective: it was more likely that Q-Unit herself, Queen Elizabeth II would not only release a song, but also get to Christmas Number 1, five times more likely in fact. And it was over two times more likely that Kim Kardashian would be president.

So what else is 5000-1? William Hill have Nick Grimshaw winning olympic gold at Rio this year at the same odds. Think how preposterous that idea is, that someone with no sports training at all would win gold, THAT’S the level of surprise we’re dealing with.

“Football” and “war” are two words which are normally only associated together in the following circumstances:

But there was once a Football War, it was a conflict between El Salvador and Honduras that lasted for four days in 1969. Although it is called the Football War the reasons for it go far deeper, mainly about land reform and immigration (thank god those things are no longer problems). Honduras enforced a law which meant taking and from Salvadoran immigrants (no matter what their legal status is) to give to Hondurans (something which UKIP would probably do too, because they never learn from mistakes). This caused tensions between the two countries, tensions which came to a head when the two teams played each other on 8 June in the Honduran capital, which was marred by violence from both sets of supporters. Violence was repeated in the return fixture 7 days later. Then after another game later on in the month took place in Mexico City, with again more violence (it’s almost as if getting two countries who are on the brink of war to play three high pressure games against each other in the space of one month is a bad idea). The violence at this final game was so bad that the Salvadoran government severed all diplomatic ties with Honduras. The Salvadoran government responded by attaching explosives to the sides of passenger planes and using them to bomb Honduras, which of course led to the inevitable:

Oh, wait. No, not group hug. The other thing. War, that’s the thing. I’m always getting those two mixed up. Luckily the war ended shortly after, yet an official peace treaty wasn’t signed until 1980, and the effects of the war resonated through El Salvador which was plunged into civil war in 1979. All in all, perfect for a story starring Zac Efron, or whichever young person hollywood loves right now.

In case the last one wasn’t depressing enough. The Hillsborough disaster was a defining moment in English football, a tale which is still unfolding almost 30 years later. For those unaware: On 15th April 1989 Liverpool and Nottingham Forest met in the FA Cup Semi Final, an inexperienced police superintendent who had no idea how to handle an occasion like this was put in charge of police presence there. Inept handling by the police (including directing fans into an already overcrowded pen instead of empty side pens) led to overcrowding, which led to the deaths of many fans through compressive asphyxia. 96 people died due to the sheer stupidity of David Duckenfield who was in charge of the event. But if that was all that happened it would be sad, no doubt about it, but it wouldn’t be as notable as it is today. What gave this event the notoriety was the reaction. Margaret Thatcher’s press secretary Bernard Ingham, blamed “tanked up mob of Liverpool supporters” and this viewpoint continued, with rumours that everybody involved was drunk, even the children, the dead, innocent children. The Sun handled it with the sensitivity they’re known for, publishing false allegations on the front page of their 19th April edition, claiming Liverpool fans urinated and beat up the police as they were trying to help the victims. This was, like most accusations levelled at the fans, complete bullshit. The response to this from Liverpool is still felt today, with a lot of newsagents still refusing to stock the paper. It got the point where when Alexei Sayle did a documentary about Liverpool, he couldn’t even give it away. People in the area just wouldn’t accept it, he had to put them in a pile and burn them. In 2016 the truth emerged, it was a mixture of bad luck and inept organising, finally the fans were found innocent. It’s this which makes it a good story for me. It’s about a group of people taking on a national newspaper, taking on government officials and the police force, and winning. It’s the ultimate underdog story, albeit one I hope we never have to see again. 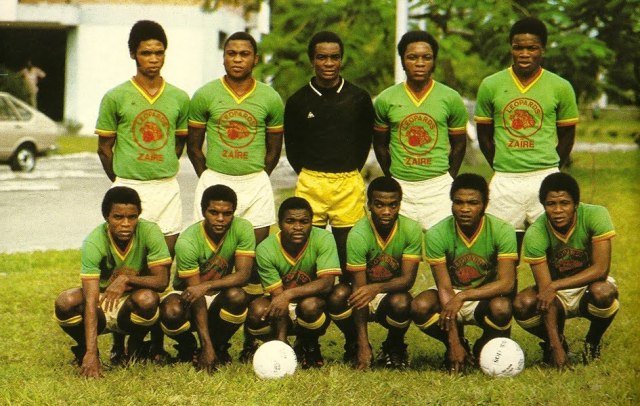 Mobutu Sese Seko was the “president” of what is now Democratic Republic Of Congo, and was, to put it politely, a bit of a dick. Renaming the country Zaire in 1971 he ruled the land with an iron fist, and guns, mostly guns. Zaire qualified for the 1974 World Cup in some style, with many tipping them to be the surprise package of the tournament. As such, Mobutu decided to use this to showcase his country and how great it was, the team were referred to as his lions, but this didn’t keep them from danger. Defender Boba Lobilo’s brother was a highly regarded newsreader (on a news show which started with an image of Mobutu descending through the clouds, because dickholes don’t do subtlety) when he was arrested. What crime did he commit? He said the name of former finance minister Emmanuel Bamba. That arrest may have been a slight overreaction, but was par for the course for Mobutu, who also threatened to arrest two players for daring to not change their names from Christian ones to more Africanised ones. Of course, in typical dictator fashion he had a lavish palace whilst his people starved. He promised the team riches beyond their wildest dreams if they played well at the world cup. They didn’t, losing their first game to Scotland, and being absolutely humiliated in their second game, losing 9-0 to Yugoslavia. Mobutu sent his people to have a “meeting” with the team. A meeting which consisted of Mobutu’s people telling the team:

“You have all brought shame on to the country of Zaire. You are scum, and sons of whores. The great leader says that if you concede more than three goals against Brazil, you will never see Zaire or your families again”

With 11 minutes of the game left, Brazil were 3-0 up and had a free kick in a good position. As the Zaire wall lined up, defender Mwepu Ilunga rushed out and kicked the ball away before Brazil could take the kick. The commentators used it as an example of African football’s naivety and indiscipline, but in reality he just panicked in the heat of the moment. Brazil retook the kick, and it came to nothing. The final result was 3-0 and the players were sent home, disgraced but still alive and allowed back. Once they got back home the players had their club contracts cut and found it very hard to get work again. A heartbreaking story for the players involved, made worse by fact that Mobutu seemed to escape any form of karmic justice, staying in power until 1997, the first African leader invited to the White House by George H W Bush, and got his country to host Ali/Foreman, to the cost $10million dollars which his country could have used.

Probably the most well known story in this list. Christmas Day 1914 saw a series of unofficial ceasefires along the Western front, some taking part in football matches. This is simply beautiful, soldiers putting their differences aside to fraternise, seeing each other as equals, not caricatured enemies. This film wouldn’t even need dialogue, the entire thing could just be shown with music, the frantic firing in November, the slowing down in December, the first person going over the trench, the game itself, then the slow realisation that this will never happen again and some of these people will end up dead, killed by the people they played with, then an old man, reliving the war, visiting the grave of an enemy soldier, carefully placing a football down on the grave.