Starting this Sunday I’ll be launching a new blog over here. Having two separate blogs dealing with similar content matter has meant I’ve been somewhat neglecting that one. As such I’ve decided to keep them completely different, all my reviews and end of year lists etc will be placed here, which begs the question, what do I do with the other one? The answer is simple: news. Every Sunday I’ll be posting a round up of the last weeks news. I picked probably the worst week to start with; Brock Turner, Orlando, and now Jo Cox, all news that broke this week, the same week I decide to start the news blog, now I’m not saying I’m to blame for all of it. So when the world seems to be turning to shit, who you’re going to call?

On an individual level people turn towards music, most people have that one album they turn to in times of need (for me it’s I’m Wide Awake It’s Morning) but on a wide scale it’s films. It’s films that give us hope, that force us to stare into the abyss and envelop us. Films can effect us in a way other media can, music you can take in bitesized chunks whereas films you usually take it all at once. And unlike books everybody experiences it at the same pace, everyone is going through the same journey at the same time. So which films are the best at dealing with these kind of subjects? Well, these.

Yeah, I know I mention this a lot. But it is very good. A bleak, yet still hilarious account of growing up in Iran during the most turbulent time in their recent history, made all the more depressing when you realize it’s all true. It’s one of those films that really makes you realize how awful it is over there, you realize exactly why hordes of people are attempting to escape, and how it was all kickstarted by British and US governments attempting to install a puppet dictator during the Second World War. That’s the great thing about being British, you look over the world, at Israel/Palestine, at Iran, at Ireland, and you can just sit their thinking “See that chaos? We did that”.

2. The Holocaust – Life Is Beautiful 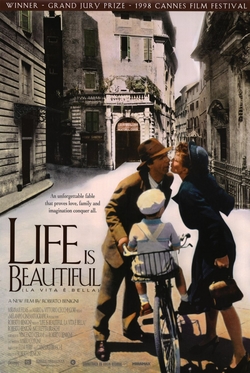 I was torn between this and Schindler’s List. What won this one over is the fact that it doesn’t start awful, the holocaust elements don’t happen until about half way through the film. Before that it’s a somewhat silly Italian romcom, and I think that is kind of essential. The characters characterization is as a jokester, a clownish figure surrounded by horrific things. That’s what drives his character, it influences his relationship with his son, with the other inmates, and (spoilers) even his death. That’s why the first part is needed, we need to see the character in his natural environment, we need to establish his character. As such this film is, without a doubt, the best holocaust-based comedy of all time. Although the only competition is apparently awful and hasn’t been released. 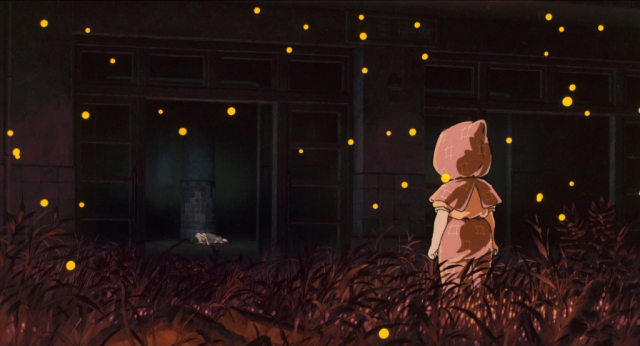 There are two types of people in this world, those who cry at this film, and those without a soul. Animated, and done by a company generally known for doing the kind of heartwarming fantasy tales that used to be the forte of Disney, only with more violence and raccoon testicles. The typical US attitude to nuclear power is it causes superpowers, Japan see’s it as either unleashing monsters or causing horrific events, it’s almost as though they have completely different views on nuclear warfare for some reason.

This, alongside Barefoot Gen create a horrific narrative. One which focuses on the impact that war has on people. How much someone’s life can change and be impacted by somebody with no idea of what he’s done, somebody who never has to look into the eyes of the people he’s killed. This films is generally seen as an anti-war film in the US. Which is a bit weird, all this is doing is showing the effects, this is not anti-war, it’s just honest about what it entails. It could just as easily be seen as pro-war, you could argue that “we need this war to stop things like this happening”. 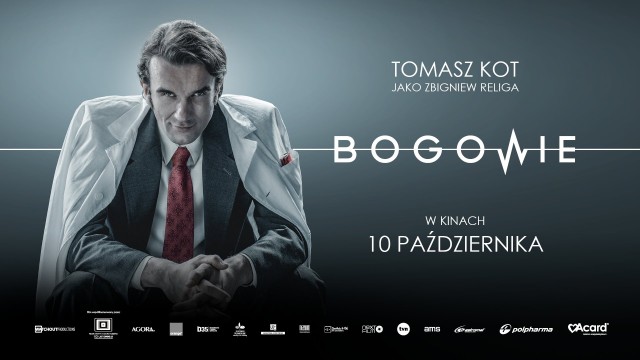 Or, as it’s often called by me: “Fucking Bogowie! Holy shit!” Without a doubt the best film ever made about a ragtag group of misfit heart surgeons in 1980’s Russian-occupied Poland. This film is not just about surgery, it’s also about just living in that area at the time, how you could not get anything done without some form of bribery. You can really feel the frustration going through everyone involved. I knew this was based on a true story, but I didn’t realize how big the story was until the final moments, where it showed a picture from the aftermath. 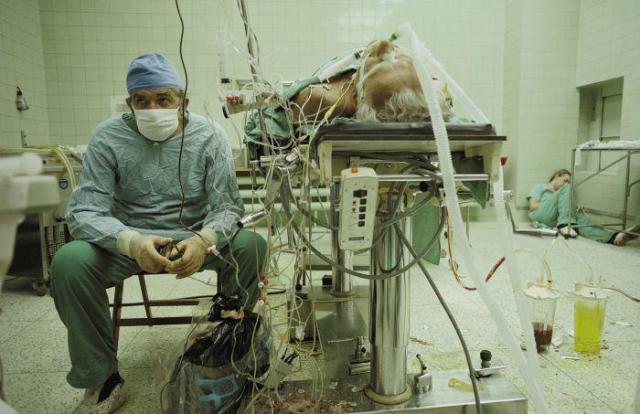 The above image (taken by photographer James Stanfield) was chosen as one of the best 100 photos ever published by National Geographic. The picture shocked the world, a doctor, carefully watching out for the patient, whilst another doctor sleeps in the corner. The patient, laying there, his life in the hands of equipment which is (let’s be honest) not fit for purpose. People were wondering if the patient will survive the week, yet he’s still alive today (sadly, unlike the doctor, the cigarette smoking former Minister Of Health Zbigniew Religa, who passed away from lung cancer in 2007). Look again at that picture, see the exhaustion on the doctors face, that’s there for good reason; the surgery itself took 23 hours, the doctor in the corner isn’t being lazy, he couldn’t physically stand anymore. It was physically and mentally demanding, as can be seen in this video (it’s in Polish, but worth watching purely for the footage of the surgery). Today, heart transplants save lives all over the world, and it’s thanks to doctors like Religa that that happened, but importantly, it’s also down to photographers like James Stanfield that we can truly get a glimpse at their dedication. 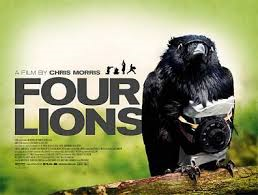 A somewhat different one from all the others. This is the only one on the list which isn’t based on a true event, but it’s still important and relevant. This a film that managed to annoy everybody, the tabloids were annoyed because “it’s mocking dead terrorist victims” whereas terrorists were offended because they were made to look like idiots. The thing is, when you watch it, it’s actually not that offensive. The subject matter itself is the only offensive thing about it, there’s nothing in the film really that makes you thin “ok they’ve gone too far now”.  Basically, he made an inoffensive film about the most offensive subject matter, for some reason I really connect with that. This film does have one thing in common with the rest of these films though: they’re all films which I would consider to be among the best I’ve ever seen. This is one of only two films I’ve seen applauded mid-film (the other was the sublime In The Loop)

So that’s our favourites. I think the lesson from this is this; it’s okay to talk about dark themes. You need something to shine a pinprick of light into the darkness. So bring on the darkness! Let me dive headfirst into oblivion so that I can burst out the other side with a new viewpoint on the world, so I can be permanently scarred and changed by what I’ve seen. Don’t get me wrong, being needlessly shocking or offensive is just lazy (seriously, fuck A Serbian Film, a film I’m lucky enough to have never seen) and pointless. But films that will shock you, and keep you entertained? That’s just the perfect mix. So I’ll end it there, if anybody needs me I’ll be swimming in a pool of nothingness.