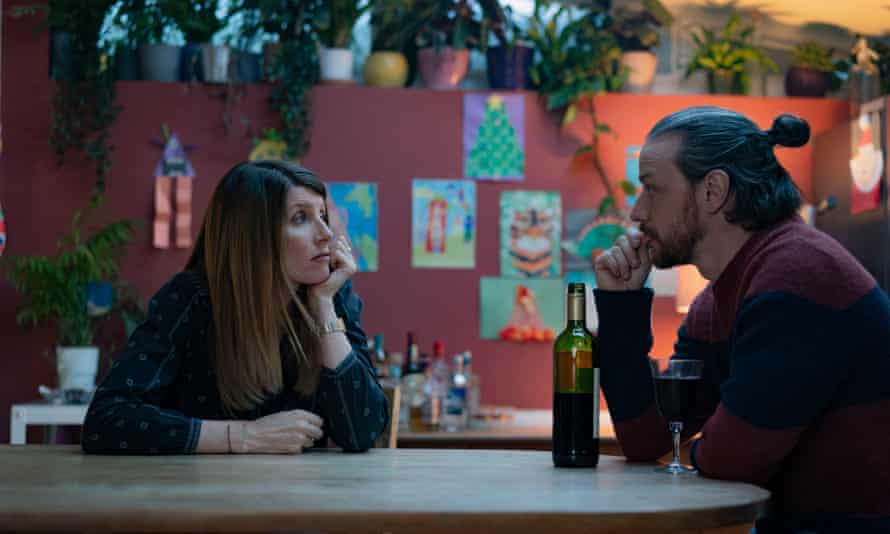 This is available on iplayer, so if you’re in the UK right now it’s available easily and for free. It’s worth more than that. I actually messaged people before it was over, telling them they need to watch it. The opening is essentially two characters (played by McAvoy and Horgan) arguing with each other via you, so they’re just talking to you about how much they hate each other. So yeah, just two characters talking, that should be incredibly dull, yet the writing and the performances draw you in beautifully.

The way the characters interact is masterful, the genuine anger between them is there for everyone to see, but it’s not cliche anger. It’s not the anger that comes from a misunderstanding, it’s anger that comes from philosophical differences. They have the kind of arguements that long term relationships have, it all feels so real. Amongst that, it is incredibly funny, with some of the best dialogue I’ve heard in a long time. For a stretch of this film I considered this one of the funniest films of the year.

And then it’s suddenly very not.

They start talking about the government response to COVID, about how their inaction led to deaths and the disease spreading out of their control. About how everybody could see the warning signs and the government continued to do nothing. The film becomes less funny, but much more important. It feels like film as a way of protest, as art, as a timepiece of when our government took the worst possible choice in every scenario then wondered why the situation won’t get better. The anger switches at this point. Well, it doesn’t really switch, so much as infect. The anger of the characters start effecting you. You start realising a lot of things. Everything starts connecting in your head and you get incredibly pissed off. But the good kind of pissed off. Not the kind of anger where you need to drink, but the kind of anger where you rise up and shout that shit needs to change. We can’t go on like this, we can’t allow what happened to happen again, and we can’t allow the people who allowed it to happen to continue to act in the way they did. You realise decisions were made for the betterment of their careers and finances, they never gave a shit about human lives or the general economy as long as their personal bank statements grew. As long as their friends companies got given multi-million pound contracts for things they had no experience in, it was acceptable for small businesses, the lifeblood of communities, to fail. It was okay to screw over millions, if they made millions.

I have hated a lot of films before. I have ranted about how much I detested things about certain films. About how the ending ruined it, about how the plot made no sense, about how the film has such an ugly soul that it’s impossible to like. And those films annoyed. But I have never, in my entire life, been as fucking furious as I was when I watched this. And you need to feel that anger. You need to hear some uncomfortable truths. And you need to start questioning a lot of things.

Things are not okay, and it’s up to films like this to help us change that.