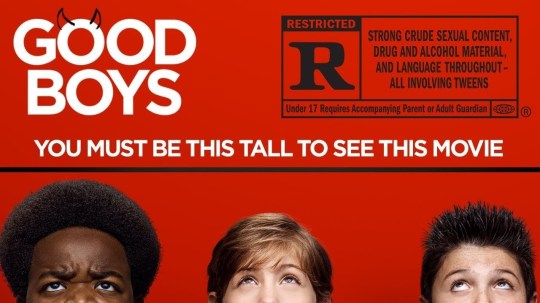 That’s what I worried this film would be like. That it would focus so much on making these kids seem like adults that it would forget to make them kids. That it would just be a gimmick, and a gimmick which will wear itself out pretty quickly. This film actually worked though, was really funny, heartwarming, and most importantly, it let the kids be kids. It had plenty of moments where it played off their innocence and naivety. The best moments are when it comes to drugs, and they refuse to throw it in the river because of the negative effects it could have on the environment. Moments like that are kind of cute and wholesome, kind of like a season finale of a long-running sitcom. It also has a surprisingly good attitude to women. There is a moment where they fly a drone camera in order to spy on two women, but they get called out on it and are suitably chastised.

Actually, that’s pretty much a good summary of the general tone of this film, a season finale. You feel like you’ve known them for a while. That’s not always good though, the familiarity doesn’t really breed contempt, but it does sometimes seem to breed complacency in terms of the script. There are moments where it is a little bit too by-the-numbers, a little too bland. And then there are moments where they accidentally sell a sex doll to Stephen Merchant. The madcap moments are brilliant, with one notable exception.

There’s a scene where they go into a frat house to buy some drugs (it makes sense in context) and the frat guys are complete dicks, so one of the kids ends up shooting him with a paintball gun. This leads to a scene where a room full of men in their 20s are attempting to beat the shit out of pre-pubescent kids. And the stuff they do should logically kill them. That scene’s a little uneasy to watch, mainly because it completely takes you out of the film, you realise you’re watching something fake and it breaks the immersion.

That’s a shame as the rest of the film is believable to the point of embarrassment. It makes you remember what an idiot (and kind of a dick) you were when you were younger. The situations aren’t universal, but the motivations are. It’s a film about acceptance, personal growth, and adjusting your ambitions. These are things which we all went through as kids, and are still going through now. It’s that kind of relatability which anchors the best moments of the film. None of this would matter if the actors weren’t at the top of their game, thankfully they all are. We all know Jacob Tremblay is talented, but Keith L. Williams and Brady Noon are great too. Noon, in particular, gives a strong performance that carries the film through some of the weaker moments. Molly Gordon and Midori Francis are also great, and share a chemistry which makes me wish they could lead a film together.

So in summary, you don’t HAVE to see this film, but I strongly recommend you should.