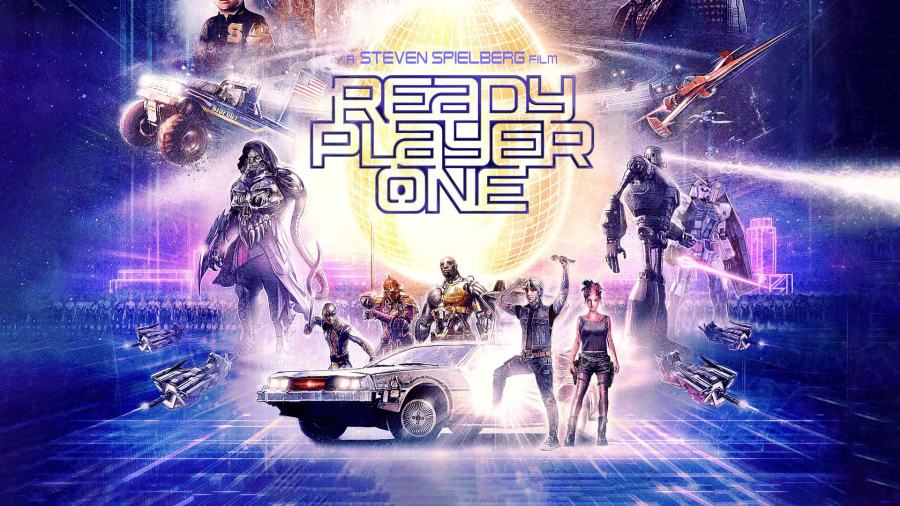 I’ll start this, not with a long pretentious wordy diatribe. But with a quick snapshot of my thoughts from the time I sat down, to the time I left the cinema:

“Oh it’s about individual liberty, in a film made by a major studio and overseen by a group of people aiming to make sure it reaches as many people as possible. You suck, movie!”

“but it’s all fake! These characters need to live in reality”

“I understand that reference”

“Okay that was pretty cool”

“That guys performance has been really f*cking good”

“no! stupid tears, go back in my eyes”

*melts into a puddle of splooshy mess*

Trust me, I went into this deeply cynical and scathing. I was ready to tear this film a new asshole about how overly commercialised it is, about how it spent so much time trying to please the fanbase that it forgot to put a good story in. Yet as the film went on, I just couldn’t do it, it won me over. The director is REALLY good at what he does (I predict good things for this *checks details* Stephan Spolberg). It reminded me of when I watched The BFG and was just overcome by the pure joy and magic of cinema. Spielberg is amazing at that, he just doesn’t just tell stories, he creates honest-to-goodness art with what he does. Also, he really knows how to get the best out of Mark Rylance. This, Bridge Of Spies, The BFG, he’s played vastly different characters in all of them, and in not one of them did you think “hey, it’s that guy from that thing”, he encapsulated the characters so well that you were drawn in and lost in the performance.

The story is….well you’re not watching this for the plot tbh. There’s not a lot here that will surprise you (with the possible exception of one character revelation that is just superbly well done and makes sooooo much sense), it’s the usual “ragtag group of misfits do good, and the character finds true happiness is in vagina” along with the standard “a relative dies to inspire the main character, as does a step-relative who’s an asshole” (it’s nearly always aunts and uncles who look after the characters in these type of things, why is this?). But it doesn’t matter, because everything is so wonderful and beautiful and amazing that you’re sucked in anyway.

The biggest criticism I have of this is the real world doesn’t seem as fully fleshed out as it could. With the exception of the technology, you don’t really see the real world that much. It’s a shame as I feel there’s a lot of backstory to all the characters here, but it’s not fully explored. I don’t know if the book goes more into it but I’d hope so. It’s all okay though as the VR world is BRILLIANT. The Shining scene, in particular, stands out, not just as a highlight of the film, but possibly one of the best scenes of the year. It’s smart, funny, inventive, and is the perfect use of pop culture references. It actually handles pop culture references a lot better than I thought it would, all of them have reasons for existing. I mean it is odd that in 2045 everyone seems to only be obsessed with things from 80’s-2010’s but there’s really no way you could avoid that without the ability to see the future.

Look, if you’re kind of tempted to see, go see at the cinema, it not only deserves that, but that’s where it’s at it’s best. This film is magic, and deserves to be appreciated as such. It really won’t have the same effect if you sit there watching it alone on a tiny laptop screen, this is made for big screens. This, is, cinema.