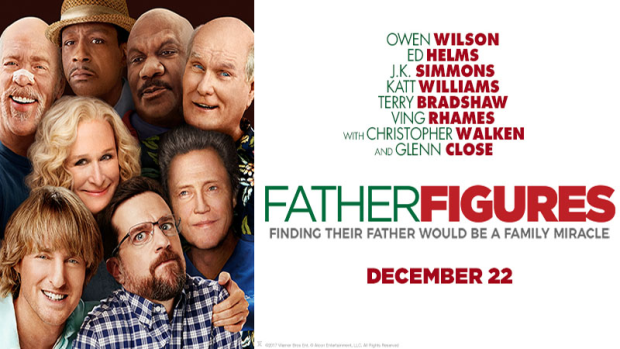 This is one of the first films this year where I knew absolutely nothing going in. Didn’t know who was in it, what it was about, didn’t even really know the title. After watching it, it turns out there’s a reason for that. It’s quite dull. Nothing about it really works, the performances are flat, the characters are badly written to the point where they’re basically just really annoying and easy to dislike, and the story takes too long to go nowhere. I mean, it’s technically a film, but only in the same way that a Pot Noodle is technically food. I mean, it has moving images which are projected, and there is recorded sound that goes along with it, and you watch it in a cinema. But in terms of emotion and storytelling, it’s lacking. You know what it reminds me of? There was a period in the 70’s where it seemed like every British sitcom (Porridge, On The Buses, Steptoe and Son etc) got a movie. Normally they’d contain sub-par writing and they’d just use an increased budget to do an episode with lots of exterior shots. The stories would basically be fluff and it would be hard to imagine it being somebody’s dream to tell that story. That’s this film. It also features an inexplicable cameo by someone who won’t be known by anybody outside of the one country the film is set. I mean, who is Terry Bradshaw? I’ve read his Wikipedia page and I’m still not entirely sure. It doesn’t help that they have him playing himself, then have Ving Rhames playing a fictional team-mate of his. For someone who knows nothing about American Football (from what I can tell it’s about them trying to put an egg in a really impressive Super Bowl, presumably to make an omelette later on) this is quite weird and takes you out of the movie.

Now, back to the performances. Ed Helms seems like he’s playing a character that was written for Ben Stiller that he turned down. He’s hinted at having anger issues but this isn’t really explored besides people saying “hey, remember your anger issues, stop being angry”. Christopher Walken seemed to be sleepwalking through his performance,  and similar accusations could be levied at Owen Wilson. There are two exceptions to this: Glenn Close has one scene in particular where you’re reminded of just how truly great an actress she is, and Katie Aselton is the highlight of the film by far. It’s not just her performance (although that is great, she plays her character perfectly), it’s the way her character is written too. There’s a five-ten minute scene of her and Ed Helms characters interacting drunkenly, and it’s full of warmth, emotion, and laughs. All of which are missing from the rest of the film. This is probably one of the only times I can think where a romance subplot in a movie saved it. It was the only period in the film where I was completely invested in the characters in front of me. Shame it didn’t last.

I could lie and say this movie had potential, but I can’t bring myself to do it. Outside of that one scene, there was nothing I really enjoyed about this. I suppose this is why it wasn’t advertised, and also why the release date changed from November 2016 to January 2017, and then changed again the same month as the intended release. Apparently, it’s the sixth worst opening of all-time for a film released in over 2,500 theatres. Never like to see something like that, and it makes me sad that it happened, but I cannot really defend this film. I can’t even really say it tried, as it’s so cliche and unoriginal that I don’t even think it did that. About thirty minutes into this film this couple sitting near me received a phone call saying their child had been injured at school and needed picking up, they were the lucky ones.