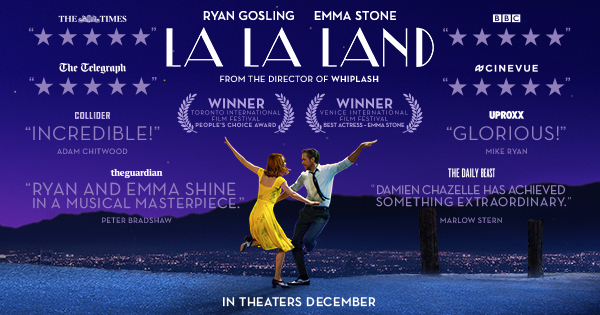 The Girl With All The Gifts

Actually really disappointed I missed this last year now. A lot less cliche than I thought it would be. I wasn’t completely sold on it until one moment; there’s a scene where shits going down and a doctor is standing in front of a window, in background you see someone running towards the window, you assume it’s a soldier but it’s one of these evil dastardly zombie people, who bursts through the window. This achieves one of those rare things in film; a surprise which hides nothing prior to it. You are shown everything you need to be shown before it happens, yet it still somehow shocks you. Probably the best non-comedic zombie film of the last few years.

Nothing inherently wrong with this movie, I just never brought the central concept. It’s like if I was watching a film where Ryan Gosling plays a character who is too ugly to get a date, they’d need to be a moment in the film which means you can buy the central concept as otherwise you’ll just be sitting there thinking “yeah this is BS”. This film never has that moment, as such it kind of fails. The acting in it was superb though, Anya Taylor-Joy continues to impress after last years The Witch, whilst James McAvoy does fantastic facial work, it gets to the point where you can tell which personality is in control of him from a still shot of his face.

Will probably not be the best film I see this year, but will definitely be the most fun. The quickest I’ve been sold on a film so far, usually it’s taken me about ten minutes into a film to think “okay I’m into this”, this film sold me in the first sentence. Plus, there’s a Christian group in America protesting it and calling it “gay propaganda”, so you have to see it, even if only to annoy them. 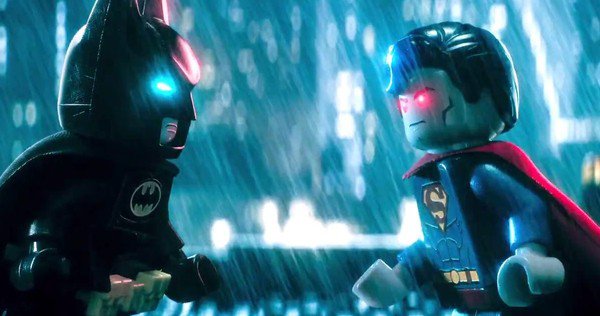 Still one of the greatest animated films of 2016. Big downside is it doesn’t seem to have led to more work for Ginnifer Goodwin, which is a shame as she was fantastic in this and deserves more roles. 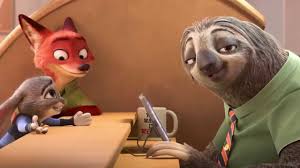 Has some fantastic monologues in it, which Michael Parks knocks out of the….erm, area. Him and John Goodman stand head and shoulders above everyone else in the film. I think it’s more interesting than good, I don’t think it really works as a horror film, horror is a REALLY difficult genre to direct well as everything needs to work, you need the right music, the right lighting etc, if just one of those things doesn’t work then you won’t scare people. Also the film has serious pacing issues, especially in the opening third which half-asses its way into building the universe, but doesn’t do it well enough. Despite that there is something inherently watchable about it, I think it’s because the story is interesting, it just should have been better told.

I have a huge problem with this film, every time I sit down to watch it my allergies start playing up so it always looks like I’m crying. The allergies get particularly bad during the scene where Bing Bong dies.

I liked it, but I didn’t love it, and I feel it wanted me to love it. It looked fantastic, and the soundtrack was good, it just left me feeling nothing. Probably wasn’t helped by the fact that I felt Ryan Gosling’s character was a bit of a dick and the romance made zero sense. It’s biggest flaw I feel is its dependence on music, if you took away the songs you’re left with a fairly average story. Whilst the songs were good, they all sounded a bit too familiar, every song sounded like another one, so when you listen to the soundtrack you just think “what song does this remind me of?”, “wait, this has same tune as the song from The Muppets sequel”, and “Seriously, what is this one? I think it’s Amanda Palmer but I’m not sure”.

Unpopular opinion time; this film should not have been a horror, it should have a psychological drama with scary moments. I feel under the service of this story is a really solid detective/ghost story, but it’s restricted by being a horror so puts in scares which don’t do much to enhance the film. Also, I’m getting very annoyed with films being ruined by their trailers. I’d seen two trailers for this; one of which I saw back in November and was mainly focused on one of the characters in the shower and freaky shit starts happening. A well made scene, but it’s also the final scene of the film, it takes place after the “monster” is supposed to have died, so after the “death” you just sit there thinking “I know it’s not the end as we haven’t seen the scene which the entire advertising campaign was based around”. Especially since I think the revelation at the end was supposed to be a twist. It would be like if The Usual Suspects had the tagline “Kevin Spacey is….Keyser Soze”. On the plus side the way the film opened was fantastic and was one of my favourite 10 seconds of cinema of the year so far. They put the Paramount logo into the film itself, by showing it on tv screens on an airplane. They also distorted the logo as it was playing. I love when films do things like that, it grabs your attention immediately.

Manchester By The Sea

A lot has been said about the performances of this film, I feel enough hasn’t been said about how good the script is. It’s so good that the dialogue doesn’t feel written, it was like they just filmed people talking naturally. It was also the lack of words that was masterful, there were moments where most films would have had characters deliver impassioned monologues, the kind of monologues which sum up their characters and the film, monologues which are so masterfully written people will quote them for years. This film doesn’t have monologues in that moment, it condenses those moments down to a single line. But you understand everything in that sentence, you feel the weight of that sentence, how crushing it is and how much is held within it.

I don’t know what it is but it seems to have lost something. I think it’s because of how the concept of the show has changed. It used to be about two friends, one of whom was living with the other ones ex in a flat in London. Then it became two friends, one living with the other’s sister. Then one of the cast members left and it just became a standard flat sitcom. Now they’ve moved out of the flat and got a family. It’s good that the story has progressed and it’s interesting to chart the change throughout the seasons, but the new series seems more like a spin-off than a continuation. Also the show has still refused to answer one question; why are these two characters in a relationship. Before they were a couple it was clear there was an attraction from one character to the other, but there was never any indication that there was any attraction the other way. The most likely solution is probably Stockholm Syndrome, but they don’t outright say that due to the terrorist connotations, bloody political correctness.

My favourite vampire story. A 12 book series detailing someone growing up, and handles it very well. When you read the earlier books the sentence structure is very childlike, which makes sense considering he is a child, yet as the series develops the author changes the style to a more mature style as the character ages. It’s subtle enough that you might not consciously notice, but on a subconscious level it does register with you and is a genius bit of storytelling. If you haven’t read it I should warn you; it gets VERY weird towards the last few books.

I Will Follow you into the dark – Death Cab For Cutie

One of the best songs from a simply amazing EP released last year (available for free download here). The lyrics in this song are simply sublime. My favourite line being:

“I can’t fix you and you can’t fix me, but we can both be broken together”

That line resonated so much with me when I first heard it, and sums up the feelings of characters in a script I’m working on at the moment (a longer version of this). This is a perfect song to listen to whilst sitting on a train in the rain and looking out of the window.

Unpopular opinion here, I prefer his solo stuff than his stuff with Thrice. Although it can be hard to get past the feeling he sounds like that guy on your college course who carries an acoustic guitar everywhere and plays Wonderwall shirtless under a tree like a dickhead (that’s actually pretty much the genre it’s listed as on my ipod).

Best song:  I Knew You Before.

If the rest of the album was as good as this song, it would be one of my favourite albums.

Aimee Mann makes me feel things, and I’m not ashamed to say that. Has the perfect mix of snarky and heartfelt, like a clinically depressed comedian. Also has a line which I absolutely love for some reason:

gently down the stream

hope you drown and never come back”

“you fucked it up, you should’ve quit”