With Everybody Wants Some, Linklater’s latest film just out in America this week we thought now is a good enough time as any to take a look at the versatile work of one of the greatest directors from this modern era. An auteur who should be uttered in the same breath as Wes Anderson, Alejandro González Iñárritu, and Paul Thomas Anderson, but isn’t…admittedly it would be a long breath. Having gotten his start in the late 80s/90s, over the last almost three decades and almost twenty films, Linklater has touched upon almost every genre, outside straight horror and action, and I’m here to celebrate just a few of his best and most varied works. 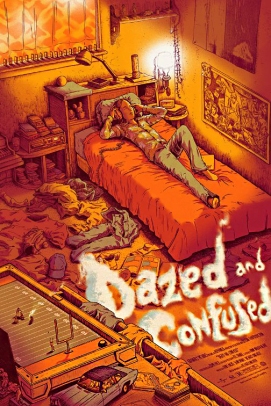 After his bizarre montage of a film Slacker brought Linklater into the conversation, this is the film that made him. A much more straight forward stoner comedy that follows an eclectic group of high schoolers on the first night of Summer in the mid-70s, as they drive around drinking and smoking pot, just looking for a good place to smoke pot and drink. Now on the surface this is a par for the course teen comedy, but as Linklater is now known for, his writing brings startling insight and a nuance to its fun characters and setting, alone elevating it to a complex character piece. But it’s the quieter moments in between the partying, when the haze clears and the characters look off into the distance and can’t help but worry about what comes next, that if these really will be the best years of their life, that really stay with you.

Those moments don’t last long, and are usually answered with a shrug, but that the film admits that the party will end, so you better enjoy it, puts it high above almost any other stoner film. Oh and it also launched the careers of Ben Affleck, Mathew Mcconaughey, as well as a butt tone of other recognisable faces, so it’s got that going for it too. 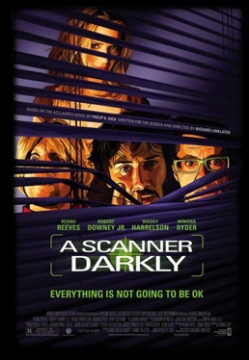 Richard Linklater and animated dystopian science-fiction; not a combination even the stoners from Dazed and Confused would think of, let alone guess it would be one of the highlights of the genre; but this list is titled thus for a reason. Adapted from Phillip K Dicks novel, it depicts a group of drug addicts, formed of Robert Downy Jr, Woody Harrelson, and led 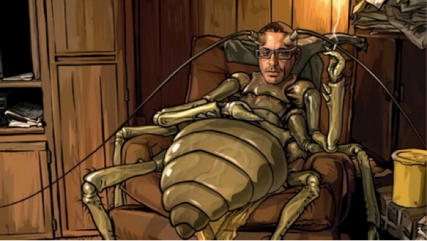 by undercover cop Keanu Reeves in a totalitarian America, where the only thing they have more of than drugs is cameras: Big Brother is always watching. Linklater sticks very close to the text, adapting the films dark themes of drug abuse just as effectively as its constant bursts of dark and surreal humour. But what really makes this film something else, is that its rotoscoped (animation done over live-action footage), a style that not only makes it timeless, but adds a toxic physicality to the labyrinth of confusion and paranoia the story revels in; capturing imagery from the material like no live-action film ever could. 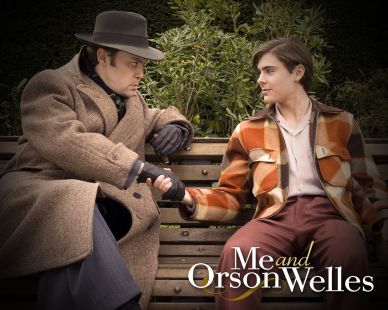 A 30’s set period dramedy, a love letter to the stage (which clearly inspires Linklater’s writing, though ironically he didn’t write this), and a personal favourite of mine: I find this film is unfairly overlooked as a Zac Effron vehicle (who fits the period like an old glove), as at the time he was in the heights of his High School Musical fame. But in actuality it’s a genuine showcase of his talents, as it is a delightfully charming and fascinating film that looks at the friendship between a young man with theatre dreams and a pre-Citizen Cane Orson Welles, as he and his famous Mercury troop put on their career making performance of Shakespear’s Julius Caesar.

Filled to the brim with recognizable faces, buckets of wit, and a stage full of heart and break; it’s Christian McKay’s portrayal of the man himself that makes this film tick. As uncanny as he is entertaining, this is the definitive portrayal of Orson Welles; painted with depth and care, he is equally the brash genius and timid artist; and his friendship with Effron dives surprisingly deep into the methodology of acting, and are need to transform and disconnect from ourselves. 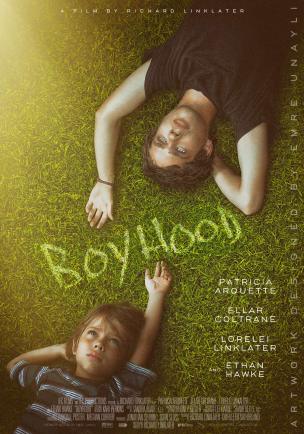 Filmed over twelve years, from May 2002 to October 2013 (almost my own exact adolescence), using the same cast, Boyhood follows a boy and his broken family through his life, on their journeys to adulthood and everything else.

I’m not sure I can call it Linklater’s best film, but it’s definitely his magnum-opus (so far), and defines his sensitive and nuanced style.
Though in saying that, the first time I saw it in the cinema, I only liked it fine. It was fine. It wasn’t until I saw it again at home, on the small screen with my family, that I realized how special it was; and I recommend everyone else to watch it in much the same way. As though the film is huge in scope, it’s tiny in scale, making a more intimate, personal viewing much more effective.

Because this film gets it, it gets growing up, getting older, changing. And not just for a kid, but for everyone and anyone, from the boy, to his sister, to their parents. Everyone is always changing; for better, for worse, and in ways they can’t quite understand, and Linklater captures it beautifully not by focusing on the mile stones of life (school, sex, ext) but the moments in-between, the smaller things that haphazardly drift from your memory but build who you become.

This film isn’t for everyone, its long, and its talky (like most of his films), and there arn’t many clear goals or messages to take from it. But it’s a film that truly sculpted time, the time over which it was filmed and its run length, and is a near three hour shot of condensed life. 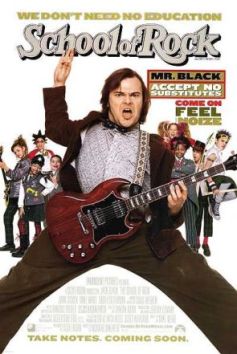 Though these are more or less my favorites of Linklater’s (Before Sunset would round the list off nicely), but just to emphasise further how versatile his work has been, here’s a full list of all of his films. And yes, he really did direct School of Rock.

Everybody Wants Some!! – Teen Comedy

Me and Orson Welles – Period Drama