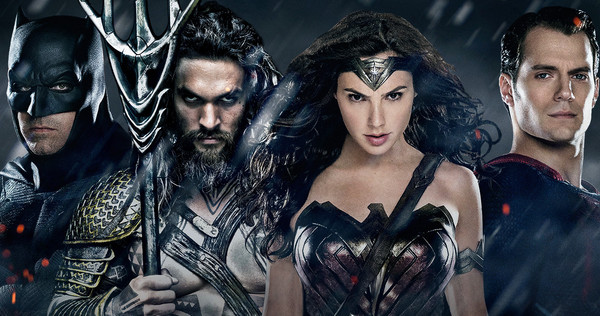 It’s been out for a week not and it’s pretty safe to say that it has failed, at least in terms of critical opinion. It’s got a ridiculously low Rotten Tomatoes score, but it’s not just critics, a lot of audience members don’t like it too. A lot of people I know have seen it, and quite a few have liked it, but nobody has loved it. It hasn’t inspired any passion in anybody. There’s been no “this has changed my life” moments. Which is a shame, as the enormity of this film means it should. Ok, yes, it’s gained a lot of money, but so do Adam Sandler films, and he’s basically the film equivalent of Florence Foster Jenkins

We’ve seen A LOT of super hero films over the last few years. Way way too much, and there’s more to come. There’s only so many times people can stay with this kind of thing. “Comic book film” is now a genre, and there’s a reason for that, there’s a lot of similarity between them all. Sadly these are the comics that get adapted, whilst graphic novels have a lot of different genres contained within them (Maus, for example is an entirely different piece of work to The Dark Knight). But the adaptations always focus on the super hero. Most of the films are: “hero defeats small villain, big villain comes along, beats holy hell out of hero, hero comes back and beats him”. Now I LOVED Guardians Of The Galaxy, and Deadpool is one of my favourite films of this year, but even if you didn’t know anything about them you can still tell they’re comic book adaptations. The only film I can think which would work without the “comic book branding” and will stand up on its own would be Captain America: The Winter Soldier which was a superb cold war style thriller. With that many films all being very similar, the audience is getting bored. This is made worse by the fact that the aforementioned Deadpool came out and seemed to indicate a change of direction for the genre, maybe make them fun, which is needed after years of films which if they were a colour, they’d be a dark blue.

Introduction to Wonder Woman, Aflecks being Batman, Jeremy Irons as Alfred, Aquaman, Jesse Eisenberg as Lex Luthor. That’s at least five things people were focusing on in the trailers and during the film. Every trailer was met with people saying “looks like they’re doing Wonder Woman justice” or “Afleck could be good” or “F*ck Eisenberg”, and the same thoughts were coming to people during the film. The audience for this is just focusing on the aforementioned things, so they’re not paying attention to the film. You can’t expect the audience to pay attention to the film if you’re basically telling them to pay attention to everything else instead.

The major problem with showing Wonder Woman in the trailer is that it cancels out her entire story arc. Her story in this is her coming back to being Wonder Woman and whether she’ll do it or not. This takes her the entire film, but the trouble is that you already know she will as she was a big part of the marketing campaign. This is trouble with a lot of other things as well, almost every single plot point and character was showcased in the trailer. The entire film was playing catch-up to the trailer. Side note, and I might be the only person who has a problem with this: Wonder Woman says she stopped being a hero in 1916. As such since then here’s things she’s completely ignored and done nothing about:

Erm, he can’t really direct can he? I’ll admit, his stuff looks good, a lot of shots look like they come direct from the comic books themselves, but that’s the problem. He can adapt shots, but he can’t compose them himself. The best shots in BvS are the ones he’s taken from the source materials. As soon as he has had to compose a shot himself, it looks awful. He cannot tell a story visually, he has absolutely no idea about shot construction etc. Nothing he has ever done has shown any emotion or anything besides “ok that’s a technically good looking shot”. He should not direct, at least not without a very talented co-director. But he would make a fantastic cinematographer. Basically, he’s like a very talented singer in a covers band.

Gal Gadot, she was f*cking incredible. Anybody who comes out of this film and doesn’t want a Wonder Woman solo movie should not be trusted to tie their own shoelaces. Which I suppose is a plus for the film in general, it kicks off the universe quite well. It’s got people to buy into the concept of a Batfleck film. It makes people want a Flash film, it even gets people excited about Aquaman, a character who has sadly become a bit of a laughing stock among people lately.

Whilst the jury is still out on Eisenberg (for the record, I didn’t seem to hate it as much as everyone else did), it’s almost beyond argument that Jeremy Irons worked as Alfred. Too many actors have approached Alfred as a kindly relative, the Alfred in this is kind of a bitter drunk. He would not cry when telling Bruce Wayne a story, he’d instead tell him to stop being a stupid prick and just twat him upside the head.

Yeah, THAT opening scene where we see Bruce Wayne. The moment where we see the battle from Man Of Steel from the perspective of people on the ground. That, was superb and is one of the best moments of not just this film, but any film from this genre. It showed the human side to superhero films, and how terrifying that must be. Sadly these themes were almost completely ignored. They did this again when it seemed like it was starting to discuss whether superheroes can be trusted, whether them existing actually endangers the world and causes more chaos, and who will hold superman to justice? Or to put it another way: Who Watches The Watchmen? This again is just forgotten. But for the moments where these two plot points unfold, the film truly lives up to the hype.