Welcome, welcome, welcome. We’ve been doing this for a while now and thought we’d try a new series: Recasting. In this we’ll both be looking at established franchises and casting our ideal movie versions. Throughout the series we’ll be looking at franchises such as Batman, Justice League, Artemis Fowl etc. But we’ll start with The Saga Of Darren Shan, a literary franchise which isn’t well known, but is well regarded. Now, this has already had a film adaptation (to stretch the definition): Cirque Du Freak: The Vampire’s Assistant. But our casting for this will probably be different. In fact, I’ll be surprised if we had any cast members at all from the film. So, let’s begin.

NOTE: We will be using pictures from the Darren Shan manga (yes there is one, and it’s awesome) for comparisons, as its a WAY better adaption of the books.

Played in the film by: Chris Massoglia

Though at this point 18, with his timid and youthful look he could easily pass for around 13-15 (as young as he’s played before). That is still older than the 11 year old Darren at the start of the series, but this is Hollywood so having him start a bit older I think is fine, as long as they don’t make him seventeen or something (¬_¬ looking at you thoa who shall not be named). Having already led films like Hugo (amazing), Enders Game (decent), and X+Y (pretty good), he’s already proved himself as a capable leading man with a talent for heart and action. And his natural timid deminer I think would suit Darren, who’s always been shyer and would give him room to grow into the badass he becomes later in the series.

This was actually the hardest one for me. I had to find a young enough actor who would age well with the series. One who could have both the youthful naivety of the first few books, with the fight of the last few. So in the end I decided to go with: Nicholas Hoult. When you watch About A Boy you just see the look of innocence on his face. Someone who still has hope and joy, then you watch Mad Max: Fury Road years later and you realise he will cut a bitch

Played in the film by: John C Reilly

Because who fucking else. If his run as the Doctor has proven anything, it’s that he can be dark and brooding when he needs, but also light, funny, and heartfelt. He has the look, he has the presents, he is Larten Crepsley. And no one else could possibly do better.

Going to keep this short, and keep it simple. As this is the one where I feel we may have chosen the same actor. Peter Capaldi, from The Thick Of It, Neverwhere, and a small indie low budget show called Doctor Who. It’s got to the point now where I don’t even have to think a bout it, if I read Crepsley, I read it in Capaldi’s voice. It just works so well, not only in dialogue but in the clothes and actions too.

Played in the film by: Josh Hutcherson 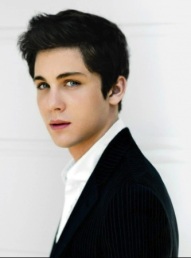 Though typically known for his more timid troubled characters, like in Perks of being a wallflower (best film of 2012) and Fury (damn good flick), it’s that same bitter darkness I believe could lend well to Steve’s cha

racter, as he is so messed up and troubled. He also has a much broader physical presents than Asa Butterfield, and his ability to come across sweet and caring as well as intense as fuck (again Perks of being a wallflower) I can definitely see him in a strong opposition to Butterfield. 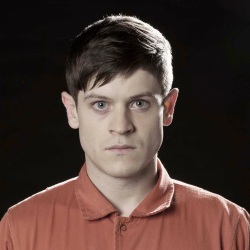 Ok, this was hard, I needed someone who could appear friendly but also have an undercurrent of psychopathic killer. As such I settled on Iwan Rheon, better known from Misfits. He played a nice character in that, but I feel he could pull off angry psychopath quite well.

Played in the film by: Michael Cerveris

Again I have to agree with my writing colleague; Jim Broadbent has that perfect mix of charmingly harmless but with this clear dark undercurrent to him that would lend perfectly to Mr Tiny. Because Mr Tiny needs to have an off charm and humour to him, he can entertain you while also being able to make you shit yourself. And that’s Jim Broadbent in a nut-shell. 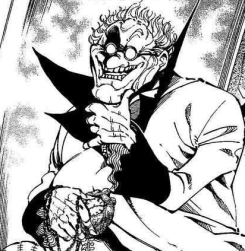 This was actually quite difficult as well. As he has to be someone who has all the capabilities of being charming and lovely, but also just pure evil at the same time. As such, in the end I went with Jim Broadbent, Horace Slughorn from Harry Potter, and Slater from Only Fools And Horses. This is an actor who looks like everybody’s favourite uncle, albeit an uncle you’re fairly certain keeps dead bodies in his basement. Actually, now I think of it, he’d pretty much just be bringing back his performance from Hot Fuzz.

An odd choice, but a good one. Mr Tall has

always been an ambiguous character, the leader of Cirque du freak and possibly so much more, he needs to loom confidantes with a tinge of menace, but also be a kind soul who can sympathies with his many freak comrades. So of cause Mr Oldman not only has the acting range to pull off all of the above, but he has the stoic look and presents to match.

Some of the others I felt would work:

Kurda Smahlt: Chris Addison. Also from The Thick Of It. I feel he could pull off the 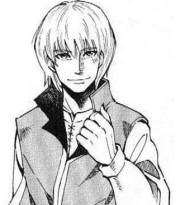 nervous and manipulative nature nature of the character quite well. 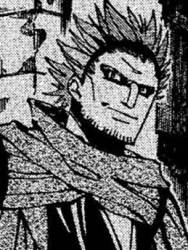