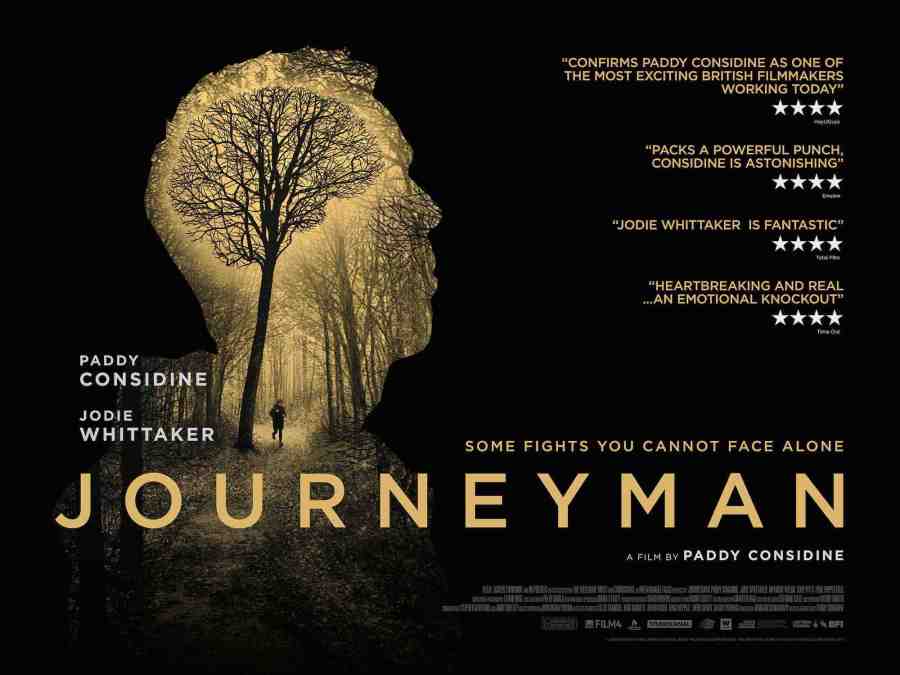 I was excited but nervous about this film. The last film by Paddy Considine I watched was Tyrannosaur, and that was a hard watch, in the best possible way. That film starts with a dog being kicked to death and then only gets more depressing from then on in. This is similar but not as depressing. This is not an easy watch, this is not a cosy watch you can snuggle down and watch with loved ones. This is not a film you can drift in and out of to cheer yourself up. This is a film you need to set out time to watch, turn off all distractions (your cat can go without food for the duration). It’s a film you don’t just watch, you WATCH. It draws you in to the world it’s created and grips you tightly, not letting you go for the duration. I think it’s time we realise that Paddy Considine is a REALLY good writer. He’s never going to be tasked with writing a Marvel film, but he’s definitely got the talent needed to write the best possible episode of Black Mirror.

The way he writes the characters is great, they seem fully fleshed out and all have their own motivations and desires. He starts the movie as champion, boxing movie tradition dictates the story goes like this: he loses the first match. Every boxing movie would start like that. This goes double for this if you know what the story is; it’s about a boxer who suffers a severe injury that debilitates him severely. Nope, he wins the first fight, but collapses that night when he’s at home. This is kind of genius. Most films of this ilk only show ring damage. We as an audience assume that if they survive the fight, they’re safe, that the worst is over. This does a great job of showing the reality, that that’s not the case. Most films, you’ll be lucky if a concussion is still affecting them later on, let alone showing delayed damage like this does. Even before he collapses you see the damage, not so much in the way he looks (cuts and bruises etc), but in the way he moves. He moves like every single inch of him hurts, like just walking causes him immense pain.

That’s just one example of how Considine’s performance is great. There’s so many subtle tics and nuances that make his performance great. It says something that he shares the film with the actress who now plays The Doctor, but he still steals the show. It would be so easy for his performance to border on comical, but the way he does it is heartbreaking.

Now onto the bad; my main issue with this film (and the only bit where I was concerned I wouldn’t like it); the fight scenes themselves. It is possible I’ve been spoilt by films like Creed, which feature some of the best fight scenes ever filmed. Meanwhile the ones in this, whilst serviceable, just don’t seem enough. When the punches land you don’t often feel them (with one noticeable exception), you don’t feel like they’re too damaging. That’s really a minor flaw in the film, and shouldn’t detract from the personal story that this tells. This may not show the best movie boxing, but it’s the best boxing-related movie I’ve seen in a long time. It’s like a British version of The Wrestler, and everybody who has seen that knows why that’s very high praise.