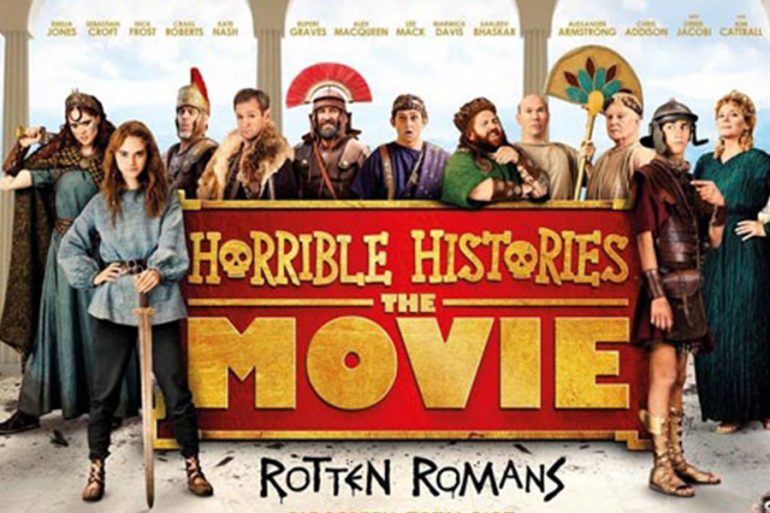 I had weird expectations for this. I loved the original TV series and was thoroughly underwhelmed by the reboot. So whether I liked it or not, I wouldn’t have been surprised. Basically, I went in hoping for greatness, but willing to be let down. So how was it? Actually, it was really funny, it got some of the loudest laughs I’ve heard in a cinema in a long time. I think that might be because it was a kids film so people feel less guilty about openly laughing, some people don’t laugh loudly during adult comedies because laughter is for kids. I don’t agree with this, but it is something people do. Even at the funniest comedies, you’ll have people who react to jokes with inward laughing. There are no such qualms with this, it almost encourages you to audibly react. Not all the jokes land though, and the ones that don’t are generally the ones aimed towards a younger audience.

It’s this audience aiming which is the biggest failing of the movie. That, and doing what the TV series did. Anyone who watched the TV series loves the songs, they were often the highlight of the episode and some of them were genuinely great songs. Trouble is that doesn’t really transition well to a feature-length movie. In a sketch show-like format, you can take 3 minutes of music and just put it there, it doesn’t break up the flow or destroy the rhythm. But you can’t do that in a feature-length film with a narrative. It tends to be a signal to “stop the plot, we’re doing a song now”. There are 4 songs in this film, and at the very least one of them should have been cut. The Nero song goes on too long and completely disrupts the narrative. The one at the end is okay because it comes at the end, and kind of works but isn’t necessary. The first one you hear is the Boudicca song, I think this one is needed because it’s a great reference to the original series, also if you hire Kate Nash you probably should have her sing at some point. I’m not saying cut the songs completely, the reason for that comes in the song about The Battle Of Watling Street. You need other songs in the film otherwise that one stick out as an oddity too much. And this film NEEDS this song. It’s everything the songs in here should be; funny, catchy, and informative. Crucially, it advances the narrative. It doesn’t have a big enough budget to do a full-scale battle, so to showcase that through the medium of a rap battle is genius. If the rest of the songs were like it I wouldn’t have minded so much, but I’m willing to put up with Nero if I got this. Also, it has the line “I’ve got 99 problems but the Brits ain’t one”, which I can’t imagine many kids understood as a reference.

There are a few moments like that, things which kids won’t get, but crucially are subtle enough that kids won’t know they didn’t get them. The references aren’t staring you in the face and obvious. Two examples; the first one is where the Romans try to find out which Celt farted (sounds immature, but it works in the context of the film) and someone shouts out “I’m Fartacus”, this then catches on and everybody says it, until you get “I’m Fartacus, and so’s my wife”, in case there was any doubt this was a deliberate Monty Python reference, soon afterwards you have someone talk about the correct grammar of “Romans go home”. The second one is much more subtle, and BRILLIANT; casting Derek Jacobi as Claudius. Derek Jacobi’s most famous role; the title role in I, Claudius. That’s a fantastic piece of casting, yet one which the target audience won’t fully understand, yet also won’t be sitting there puzzled. They’ll just see a guy playing Claudius, whilst the parents will understand.

So should you see this? I’d kind of say yes but not full price, and don’t expect your life to be changed. Go in expecting fun, and you won’t be disappointed. An incredibly funny film with a great cast, also it’s definitely the only kids film to make a #metoo reference, I just wish it had the original cast in it somewhere.

Overall: not bad, but really weird when compared to the rest. From the increased death count, the language and the nudity, the whole thing makes it seem like it’s aimed at teenage males to go “wooo” at. It tries so hard to be mature that it ends up coming off as downright childish. It is very well directed though, has some truly beautiful shots, it’s just a shame the script is lacking.

The issue with these “vs” films is you can’t end them. You can’t show one defeating the other fully as it says the other franchise is weaker, so kills it right there. So you have to go with the fake out ending like they do here. It might have worked better as a video game, where you control one of the two and need to outlast/outkill the other. They’re DLC in Mortal Kombat, so we’ve got that I suppose