These are films I really didn’t like, but at least had the decency to contain one thing to admire about them.

This is a good movie. It just wasn’t for me. I was kind of bored by the whole thing. That might have been me and my expectations. But it felt like it was hiding a much more interesting story than the one it actually told. It was basically Ted Bundy not killing people.

I’m more excited about what comes next, but I’m not even sure if anything will come next. I felt the same about Unbreakable, I felt somewhat underwhelmed, but I was interested in what comes next. I didn’t dislike it enough to hate it, I found it hard to feel anything about.

-A lot of the film is “do these people actually have superpowers?” when we know they do. So it’s a complete waste of time.

Godzilla: King Of The Monsters

This is here purely for the scale. It’s massive, and it all looks real. Just a shame the rest of the film is so damn mediocre.

+The look. It looks so damn superb. So many of the scenes look like oil paintings.

-How exactly is King Kong supposed to match him?

This film is a very slow build to the final moment. It’s an old-school horror approach that is risky to attempt to pull off in the modern age. It wasn’t helped by how the advertising all focused on the final third, so you thought that’s what the film was like. The main issue is that you know what it’s all building up to, but it keeps pulling back from reaching that point. This film could have naturally been about 20 to 30 minutes shorter.

+The closing stretch is immensely satisfying.

-Drags too much in places.

Once Upon A Time In Hollywood

This is entirely personal taste. I was not a fan of this. I found it incredibly boring and I didn’t like the characters enough to spend time with them when the story was dragging. It looked great, and it felt completely authentic. A lot of people I know love this, and I do get it, it just wasn’t for me, at all.

+The closing section is insanely brilliant.

-Did you know Tarantino likes feet? You will after this.

This just makes it into this blog and not the previous. Like so close. The only thing saving this? The general warmth of the whole thing. The way the characters interact with each other is incredibly sweet and warm. It’s lovely, so heartwarming that it brings the film up higher than the rest of it. The cast too. Its just a shame it’s a bit too twee at times, the cinematic equivalent of a government department making an anti-immigration campaign using a fucking ukulele.

-Sometimes too much so

I think this film would be rated higher if it wasn’t for Blinded By The Light. By comparison, this film is incredibly hollow. Blinded By The Light (or BBTL as all the cool kids call it) was a genuine love letter to an artist, full of compassion and warmth and deep love, this was the work of someone who owns the greatest hits album of a band and nothing else. The kind of dick who only goes to gigs if they’re at stadiums, and considers Cher “rock and roll”. BBTL only really works as a Springsteen film, with Springsteen and the film working in equal harmony. With this the film came first, and The Beatles came second. Also, for a film about The Beatles, this spent a lot of time talking about how great Ed Sheeran was. It seemed to have no genuine love for the band it’s based on.

-It makes a joke about Oasis not existing, but also says the guy won a talent show singing Wonderwall. No consistency

Okay, so every year I do end of year awards. These include the good (best actress, best film, etc), but also the bad (worst film, worst moment, etc). Usually these are decided near the end of the year once I’ve had distance from a lot of things, that way my response isn’t too immediate and I don’t put a meh film as one of the worst films of the year. It takes something truly special to get nominated for an award that soon after seeing it. For that to happen I have to be 100% certain it will deserve it. Why am I mentioning that now? Because this will get nominated, in fact it’s probably the frontrunner for one of the awards. So which one?

I mean, it’s about what if Superman was evil, I love dark unique films and this fits it. But it’s not that. It’s way too pedestrian for that, and it never lives up to the potential that the concept promises. It feels way too restrained but I’m not sure what by.

Best actor for Jackson A. Dunn

He plays the title role as a young teen coming to terms with the fact he’s essentially God. A fascinating character that a lot of young actors would kill for. So is that where it wins? Nope, he is good, very good in fact, but not great.

I mean, the idea of a Superman-like character being evil is a terrifying concept to think about. But it’s not that. A lot of the violent scenes come off more comical than scary. There’s a moment where he snaps a character’s hand, it’s the first piece of ultraviolence in the film, and it was met with laughter in the screening I was at.

It has to be that, right? I’ve never been invested in Superman as a character as I’ve felt he’s too good and perfect. So a twist on that should enthral me, right? Nope, it makes so many allusions to Superman that it doesn’t feel like a real character in itself. It’s so in debt to its influences that it never stands out as an independent thing.

Close. This film needs chaos and violence, but 90% of it was in the trailer. Actually now I think about it, most of the film was in the trailer. Almost all of the major story beats, including the ending, were in the trailer. IIRC, two of the main characters final lines are in the trailer. That’s just weird. It does come close with the post-credits scene though. Setting up potential sequels and spin-offs which do excite me. Yeah this film kind of suffers the same problem as M.Night’s Glass Trilogy, where at the end of each of the three films (Unbreakable, Split, Glass) I wasn’t excited about what I just saw, but I was excited to see what happened next (not excited enough to go out of my way to see them, but meh). Same here, I want to see what happens next. This film seems very much like a prequel to a much better film, but there’s a chance that film (a kind of evil Justice League) might not happen. Which is a damn shame.

So, which award will this be nominated for? I’m ashamed to say:

I really wanted to like this film. I bigged it up to people for months, so for it to be so boring is a huge disappointment. It felt too long despite only being 90 minutes. It had some interesting moments but overall it just felt like I was playing catch up to the trailer. This should have been great, yet it’s not even okay. 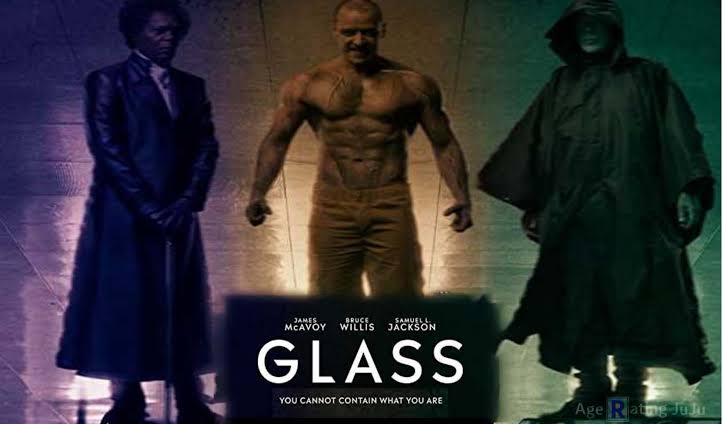 This was perfectly serviceable, but that’s it. I wish this was better. I really do. It had moments of a great movie. The plot is interesting as hell and it was great to see an Unbreakable sequel, and it was always going to be interesting to see that mixed up with Split. So why doesn’t this work? I think the main issue is the script. M.Night is great at coming up with ideas and concepts, but he really needs to find a writing partner who can iron out a few of his weaknesses. Maybe even just focus them down from 10 ideas to 2. It’s great to see Anya Taylor-Joy in anything, but her characterisation doesn’t really make much sense in this film considering what happened to her in the last one. It would be like if the Halloween sequel had Laurie Strode set up a shrine to Michael Myers. It doesn’t ring true and is kind of problematic.

That’s not my biggest issue with the script. Surprisingly my biggest issue isn’t even the obligatory twist ending (although I will go into that later on. You know what? Fuck it, I’ll go into it now. There are two twists, one is that James McAvoy’s character was killed in the train crash in Unbreakable. We already knew he died in a train crash, so everybody guessed it was the same one. The other twist is that Sarah Paulson’s character turns out to be evil, an ending which was figured by, I dunno, EVERYBODY who watched the trailer), no, the real problem is one that someone reading it really should have fixed. Most of the movie is about Sarah Paulson’s character convincing the main 3 that they are not extraordinary, and are in fact just normal members of the public with delusions. That the metal they bent was severely weakened etc. This would be a unique arc for a superhero film, if it wasn’t the third film. As it is, we’ve already seen what they can do, so we know they have powers. So it just seems like a massive waste of time. That wouldn’t matter if the story was compelling, but it’s incredibly dull with some quite bad dialogue. Actually the dialogue is a constant problem here as it doesn’t so much ignore the “show, don’t tell” theory, as talk it into submission. Almost every character explains their motives, explains their feelings, and (worst of all), explains the differences between this and a normal superhero story.

Also, the ending is kind of a damp squib. I feel the same way I felt after watching Unbreakable, disappointed at what I just saw, but really excited about what happens next. Which is good for the sequel, but bad for this films chances of me ever watching it again.

I do have to point out though that the idea is pretty good, McAvoy is the highlight of it (putting much more effort than Bruce Willis does, and is given more to do than Samuel L. Jackson), and the fact that M.Night self-funds his film is incredibly admirable. I just wish he spent more time fine-tuning the scripts.