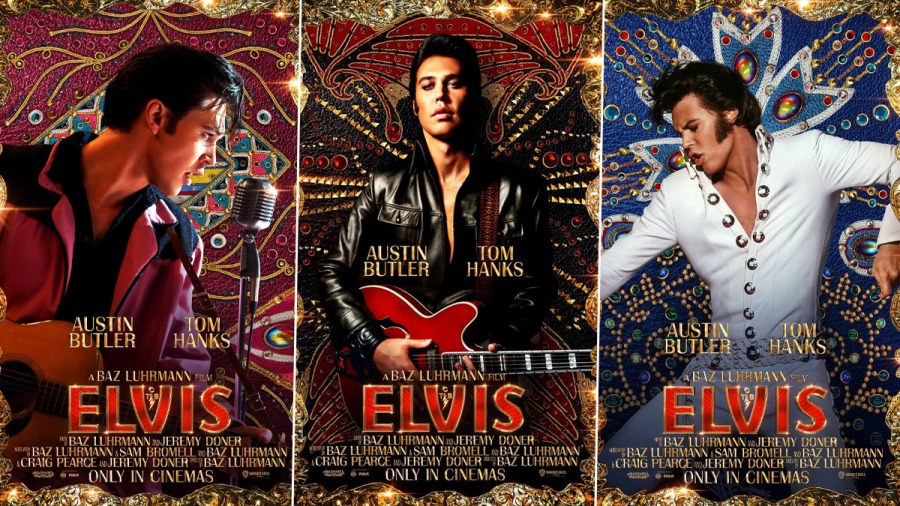 Quick summary: Through the eyes of Tom Parker, this film chronicles the rise of one of the biggest stars in music history.

When I say “bad editing”, I’m not talking about complicated scenes which need editing and they’ve just made some weird choices. There are moments where two people are having a conversation and there is so little faith in the dialogue and performance that there’s a cut every few seconds just to keep things exciting. It doesn’t quite reach Bohemian Rhapsody levels of headache-inducing, but it’s the closest a big-budget film has got.

I know, you don’t expect subtlety and restraint from a Baz Luhrmann film. You know it’s not exactly going to be a calm and relaxed drama, but a little bit of restraint would help this film. There are scenes where all it needed to do was stay still, let the emotions wash over you as the conversation happens in front of you. The weird non-chronological nature at the beginning doesn’t help it either. As the film goes on it does develop into a more traditional narrative, but at the start, it jumps back and forth between different times and locations at an almost baffling pace. A lot of this film belongs amongst the worst I’ve seen all year.

But when it’s good, it’s very good. There are times where you forget you’re watching a modern film, it slips into feeling like life observation so easily. But then something breaks the immersion like hearing an Eminem song. But otherwise it all feels very real. The emotional beats it hits are pretty damn impressive, and it will make you feel things, which is difficult considering everybody going in knows how it ends.

In terms of casting, Tom Hanks is…..he’s okay. I’m not sure what would have been lost by casting someone less well-known and with a more natural accent. The supporting cast are all good without being remarkable. Really, this is all about the lead though. Austin Butler is phenomenal, he doesn’t just do an Elvis impression, the way he carries himself throughout is perfect. Elvis is a difficult role to play as everybody does an impression of him. Everybody has seen so many films of him that any missteps will be noticed. Plus, his fans are very obsessive so will notice differences. He does everything so well that you genuinely forget you’re not watching Elvis himself at times.

The familiarity everybody has with him does somewhat hurt the story too. Everybody knows a lot about him, and this doesn’t really tell you anything new. It is a LONG film, but it doesn’t have much to say. It feels like an edited version of something bigger.

I am opposed to unnatural splitting of movies into trilogies etc, but I feel that would have helped it here. Especially since the story is very episodic in nature, it has a basic narrative of “Parker is a bastard” but that’s not enough to really anchor the whole thing, so it splinters into episodic storytelling that causes it to constantly stop and start. You could easily split this into three movies, and I know EXACTLY where you could split them:

All of this is covered in the film. It’s weird as it feels like every one of those sections has it’s own three act structure within it. But because they’re all fit into one they feel rushed (even though it is nearly 3 hours long). If they were split then it would allow the effects of each story to be explored more. We saw a lot of how Elvis reacted to events, but we didn’t see how the world reacted to him. He goes from completely unknown to Biggest Star In The World in a small montage so you don’t really get a sense of how it happened.

If you hoping to use this to pass a test about Elvis, you’re out of luck. But if you were using this to UNDERSTAND Elvis, to work out why he was such a big deal, you couldn’t ask for anything better.

In summary: it’s obviously very good and has some excellence, but it feels like it’s being harmed by external forces trying to push it in a direction it doesn’t want to go in. Which is kind of perfect for an Elvis movie when you think about it