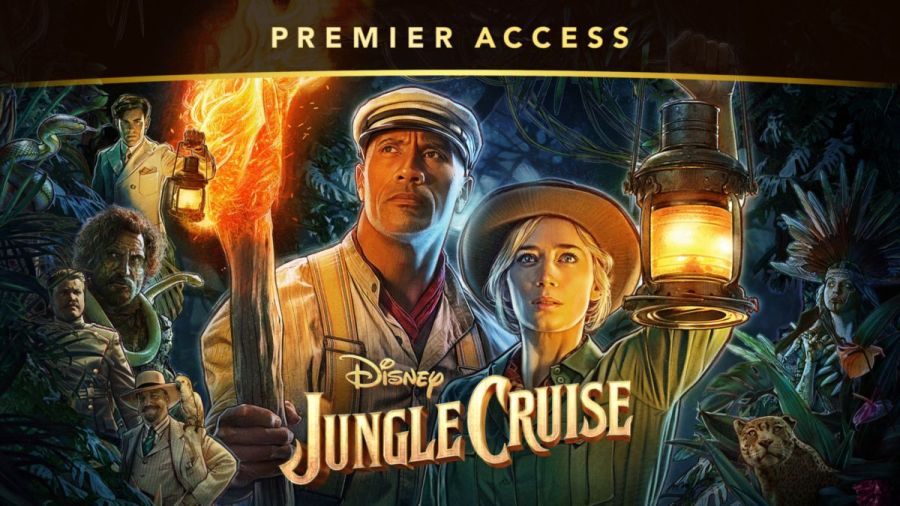 Quick Synopsis: Emily Blunt and Jack Whitehall ask for The Rocks help to take a small boat down the Amazon river so they can find a magic tree.

To say I went into this with low expectations would be an understatement on the scale of “cheese is good on toast”. So much of it pointed to it being a bad film. Don’t get me wrong, I love The Rock and he’s always entertaining to watch, but he’s not someone that will make me go see a film just because he’s in it, he does have a history of films which are kind of forgettable and bland (I’ve seen San Andreas, cannot remember anything from it). Plus as much as I find Jack Whitehall amusing, his character seemed incredibly one note and stereotypical.

I was wrong. Not about Whitehall, his character is quite one note and once you’ve seen him in one scene you know exactly how his character is going to react to everything. You can also guess he’s gay. It’s not explicitly stated, but it is signposted more than Disney usually feel comfortable doing, with him saying that none of the women he was asked to marry “were really suitable for him”. That’s as obvious as they make it, and they count this as progressive, doing the bare minimum.

Other than that, it’s actually fun. It’s not a movie that’s going to change your life. But it is one that you can put on and comfortably watch. It’s the kind of movie they don’t make anymore. A fun adventure movie for kids that will inspire kids. It won’t inspire them to buy merchandise, or to go online, or purchase the video game. It will simply inspire kids to play. To go outside, pretend to be the characters and jump around the park. That’s something weirdly sweet coming from a film based on a theme park ride.

It’s not all fun though, the CGI is unforgivably bad for a film of this budget, normally when I see something this ropey in this type of film, it’s a bridge going over a canyon. The pacing is a mess, and the story is so incredibly formulaic and bland. It also is too obviously hoping for a sequel. It’s also lacking a truly impressive scene. There’s no big action sequence that the film builds towards. No “holy shit” moments. A film like this requires a big marquee moment which everybody who watches will remember. It needs a cinematic mountain to climb, this doesn’t have that. It has the occasional action sequence but they’re more like cinematic small hills. The excitement level stays pretty constant throughout, with no notable highlights.

Maybe kids won’t notice, but adults will. They’ll still have fun though. The film is a wonderful throwback movie to a simpler time. It’s not saying anything major about the human condition or society. You won’t learn anything, and you won’t be changed as a person. But you won’t be annoyed or angered either. You’ll just be taken to a different place for the duration of the film. And sometimes that’s enough.