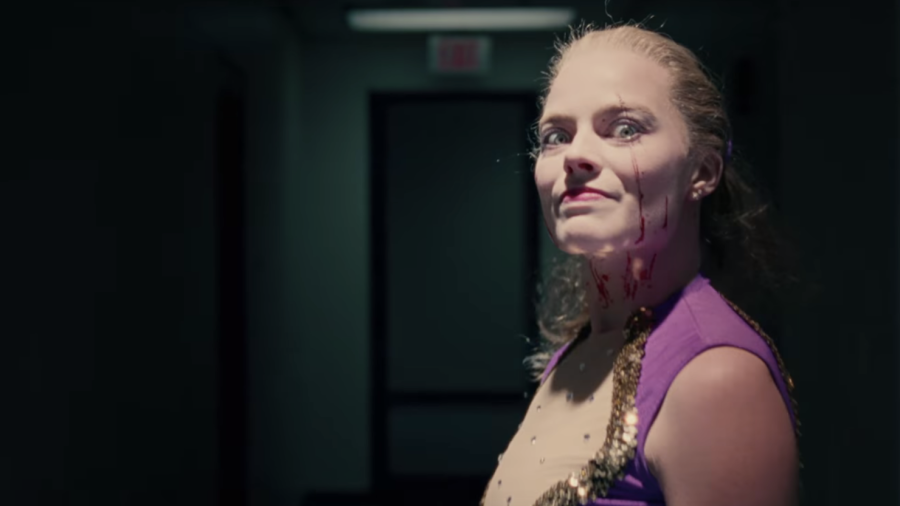 For a lot of biopics, my main problem is that because it’s restrained by sticking to reality, it occasionally hampers its creativity. This definitely isn’t the case here. This takes the same approach to reality as “The Big Short” did (Wait a minute, that film also featured Margot Robbie speaking directly to the camera, hmmm, interesting) and is all the better for it. By that I mean it admits that human recollection is flawed, so some scenes/revelations are completely contradictory. Sometimes this happens mid-scene. At one point Margot’s character just turns towards the camera and says “I never did this”. I liked this approach to The Big Short, and I loved it here. Before this film, the only thing I knew about Tonya Harding was The Incident. I actually assumed she was a lot more involved in the incident than she actually was, so I was kind of annoyed when the film was announced as it seemed like they were glorifying someone who didn’t deserve it. Yeah, I was wrong. I mean, she was not exactly the nicest person in the world, but she was not the villain that popular culture has made her out to be. I also knew that after that she was a boxer, and there’s a sex tape of her available. This film touches upon two of those things, which I like. It shows us the effect the incident had on her life as well, it’s good to know that the film-makers had the bravery to do that as most wouldn’t. The fight itself is actually pretty well done as well, not on “Creed” level, but then again few fights are.

The skating itself was really well done as well, to the point where you completely forgot you were watching actors doing it, and instead focused on the scenes themselves. A lot of that is obviously due to Margot Robbie’s performance, she’s just phenomenal in this (would explain the Academy Award nomination), as is the rest of the cast. Whilst we’re on the subject can I just point out how strange it is that Sebastian Stan, who is best known to a lot of people for his role as the Winter Soldier in the Marvel films, is in a film written by someone called Steve Rogers? Am I the only one who finds that funny? Yeah, probably, but meh.

I mentioned earlier how I liked how it played with truth and reality, there’s one exception, one where it made me feel kind of uneasy. Most of the characters are portrayed as somewhat sympathetic, with one exception. Most of the characters are portrayed as somewhat intelligent, with one exception. Most of the characters are portrayed as being slightly blameless, with one exception. And it’s all the same exception: Shawn Eckhardt, who is played BRILLIANTLY by Paul Walter Hauser by the way. I mean, truly brilliant, he adds a lot of character tics that make him really stand out. Anyway, so back on track. Why did I feel slightly uneasy about this character being the main idiot, the main villain really? Because he’s the only one of the main characters who is dead. That feels a bit weird to me. Now, this might be a case of reality being unrealistic. Maybe it was all his fault and he was the dumbest person alive, and a massive prick. But considering how the film itself admits the lies that a lot of the main people involved tell, it feels a bit weird that they seem focused on attacking the one guy who can’t defend himself. It’s very easy to make Jeff Gillooly out to be the idiot villain, I mean he’s been arrested for driving under the influence, and sold his honeymoon sex tape. Although he did save the life of an 81-year woman, so he’s not all bad. That’s the main message of this film; people are complex and truth is subjective. Also, telling a group of judges “suck my dick” is never not funny. Go see this whilst you have the chance.