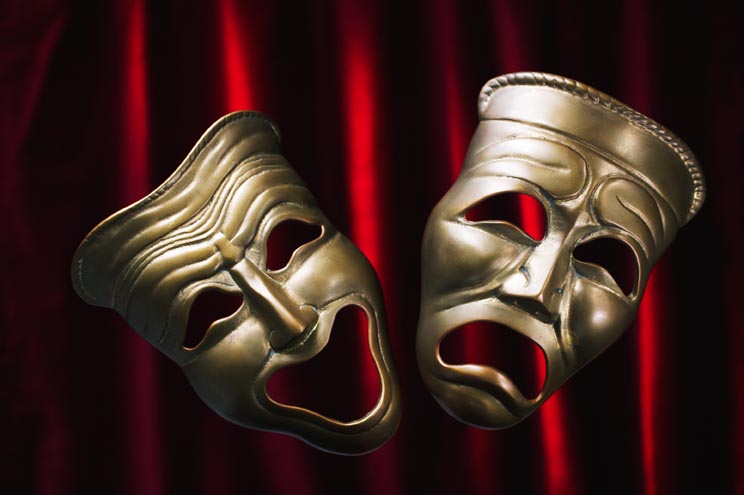 I was having a conversation with someone yesterday about script ideas when I mentioned I was working on a romantic comedy. The response I got was pretty much “why don’t you aim higher?”. I find that a little bit insulting, not to me, (I’m rather glad they think I’m worth something), but to comedy. People dismiss comedy far too easily; it’s rarely nominated for any major film awards (for example; the last comedy to win Best Picture Oscar was Annie Hall in 1977, unless you count The Artist, which I don’t, because the first thing you think of when you think of that film isn’t laughter). When people ask for the best films they’ve seen they tend to go with the serious artsy ones, maybe because they actually like them, maybe because they feel that’s what they should be saying.

I don’t know why people are so dismissive of comedy. I suspect it has something to do with people assuming it’s too lowbrow. That “comedy” is just made up of swear words and slapstick; which is ridiculous (for one thing; they’re completely missing “puns” and “racial stereotypes that white people find funny”). I will freely admit that most of my favourite tv shows and films are comedies. And it’s not just because I haven’t seen the “classics”. I’ve watched Citizen Kane, I’ve watched 2001: A Space Odyssey, and I’ve watched Full Metal Jacket, and I did really appreciate them and loved them, but I didn’t ENJOY any of them half as much as I enjoyed films like Airplane, Lego Batman Movie or In The Loop. 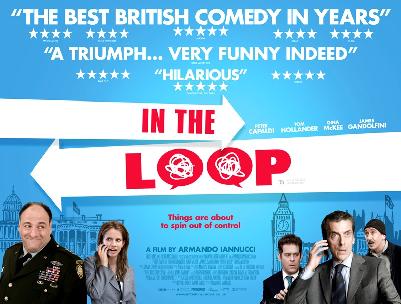 Comedy can do (and does) a lot more than people think. It can change the way people think about the world, it can inspire ideas, it can affect you in ways that leave you emotionally devastated (I’m looking at you 50/50)

It’s not just comedy that gets a bad rap; anybody involved in comedy does too. If an actor known for comedy makes a comment about something he is instantly dismissed. We need to start taking things like that more seriously; let’s not dismiss Jim Carrey’s thoughts about vaccines causing autism just because he’s a comedian, let’s dismiss his thoughts because they’re wrong and he’s a fucking idiot about it.

Personally, I love it when comedy and comedians effect me in an emotional way. If something includes a little bit of light it makes the darkness seem more extreme (and therefore effective). On the flipside; laughter can also make something easier to take in. It’s why people will watch and read Horrible Histories and learn more from that than from A Complete History Of British Rulers.  One of the best examples of a comedian embracing the darkness a few years ago came from American tv personality Stephen Colbert. He took a week off from The Colbert Report to deal with his mum and her death. When he came back he opened the show, not with a roundup of the show ahead, not of a bunch of silly jokes, but with a heartfelt tribute. Here’s a condensed version:

She was born just a little ways from here in Larchmont, NY on Chatsworth Ave. in 1920, the same week women first got the right to vote. She spent her summers in the Adirondacks with her older sister Colleen and her younger brother Ed, who called her Snodgrass. She met my father James at age 12 at cotillion and she liked him, but she didn’t want him to know how much, so she would make her friends ride their bikes all the way across town to pass by his house, but then she’d never look to see if he was in the front yard, which of course drove her friends crazy. And evidently, she also drove my father crazy because they were married and promptly had 11 children. She made a very loving home for us. No fight between siblings could end without hugs and kisses, although hugs never needed a reason in her house. Singing and dancing were encouraged, except at the dinner table. She knew more than her share of tragedy, losing her brother and her husband and three of her sons. But her love for her family and her faith in God somehow gave her the strength not only to go on but to love life without bitterness and instil in all of us a gratitude for every day we have together. And I know it may sound greedy to want more days with a person who lived so long, but the fact that my mother was 92 does not diminish, it only magnifies, the enormity of the room whose door has now quietly shut. In her last days, my mother occasionally became confused, and to try to ground her we asked simple questions, like what’s your favourite colour, what’s your favourite song. She couldn’t answer these. But when asked what her favourite prayer was, she immediately recited A Child’s Prayer, in German, that she used to say to my eldest brothers and sisters at bedtime when they were living in Munich in the late 1940s. Her favourite memory of prayer was a young mother tucking in her children. We were the light of her life, and she let us know it ‘til the end.

The fact that he went from this straight back to his usual jokey self made it mean more; the sudden mood whiplash caught you by surprise, and I only hope I could write anything half as beautiful. Until then, I’ll just have to settle for watching it here.