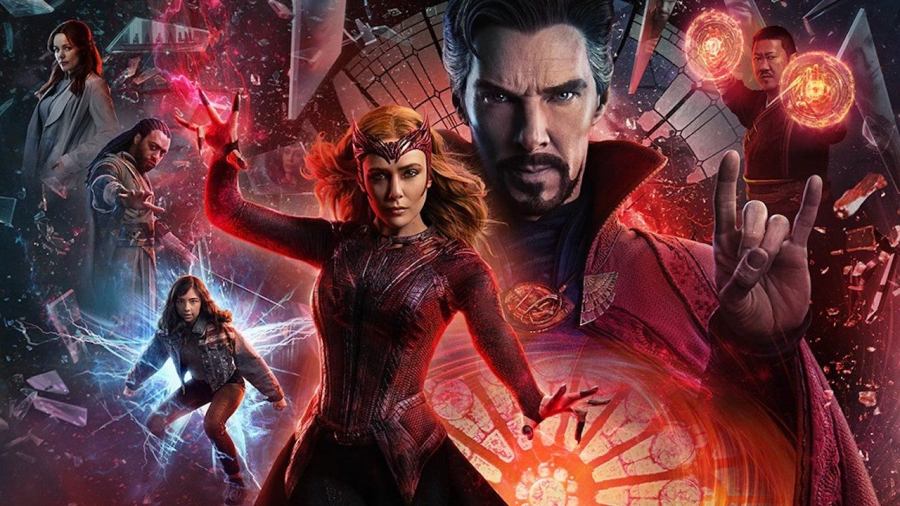 Quick synopsis: It’s a Marvel film. Obviously, you’re not going into this for the plot.

I’m going to say this at the start: I thoroughly enjoyed this. I appreciated what it did with some of the characters, it’s probably the best-directed film in the MCU, and it managed to take a difficult concept and make it simple enough for everybody to understand (yet also feel smart for understanding it). I say that now, because a lot of this review will consist of me pointing out the negatives.

The big one, the MCU has a problem. It’s no longer exciting when an unexpected character appears. Because we’ve now come to expect it, you go in with the knowledge that anybody can appear. So there’s a small part in your brain going “well maybe the Fantastic Four will turn up, maybe the X-men will be in this” so when characters do appear, you’re not surprised because a part of you expected it. There are times they have managed to surprise you (Ben Kingsley in Shang-Chi being the obvious one) but mostly it’s just “I knew it!”. There are a few that people have been speculating would be there since Endgame.

Where this becomes an issue is that this seems to be what the MCU have anchored their films around, when No Way Home is discussed it’s usually about the subject of the other Peter Parkers (and the fact they only included movie ones is a huge missed opportunity and made it feel like a film, including random ones we’ve never seen before would have helped it). It reminds me of when Ricky Gervais made Extras and it became about who the celebrity cameo was, rather than the story.

It’s a shame as that does a disservice to this, Scarlet Witch is a fantastic villain, and I appreciate that they rushed into that at the start of the film rather than revealing it near the end. I mean, it is a bit weird that the most powerful villain of the MCU so far has only really lasted one film. Her face turn at the ends makes it highly unlikely that she’s going to be the next Big Bad of the franchise. Which is a shame as that would have been interesting. They would have to fight someone who they’ve been friends with, someone who knows their weaknesses and fears, and can use that against them. More importantly it would have made it seem like the MCU has a plan, the new introductions are because Wanda never met them so she doesn’t know how to defeat them, and Thors arc lately has been about facing his fears, which he’d have to do. It would also make it seem like those weird scenes in Age Of Ultron had a point. As it is, the overall plan for the MCU seems to be “more people! Each more powerful than the last” and it’s getting unfocused and incredibly bloated (unpopular opinion, but major MCU characters HAVE to start dying. Properly dying, not “dead but can come back due to multiverse”).

The biggest issue? It’s a 12a. It should be a 15. This is the closest the franchise has got to a horror movie, and it feels slightly neutered by its age rating. The scene with the Illuminati is horrifying, but if it was a 15 then it could have gone slightly further with some of the moments, make it truly disturbing.

I said earlier that it’s the best-directed of the franchise so far. I stand by that, it has some incredibly creative set-pieces, having moments which could only happen with this character. It absolutely nails the large set-pieces in a way that truly deserves the big screen. On the other hand, there are a few one on one fistfights, and they’re not done well. They look clunky and full, overchoreographed and edited in a way that distracts from the action rather than adds to it.

On the plus side, they have finally fixed their third-act problem that has plagued a lot of their films lately (Shang-Chi in particular had a huge drop in quality for the final section). The final section for this is actually entertaining and creative as hell. The downside is it’s when the offscreen inertia is most obvious. Characters don’t seem to do anything when the camera is not focused on them. The film cuts away from someone in the middle of doing something, they’ll be a big action set piece that lasts about 10 minutes, then when it goes back to them, they’re still doing the thing. It’s weird and makes it seem like something was ruined in the editing suite.

So yeah, if you like the MCU, go see this. If you don’t, this isn’t going to change your mind. It’s one of the most unique MCU films so far, but that’s not saying much lately.