For those of you who don’t live on twitter or facebook, and as such, don’t exist to me, International Woman’s Day on Tuesday. I felt I should commemorate this by doing a blog about it, maybe the best films directed by women? Maybe the best actress’s, or maybe the best female roles in films. The possibilities are endless. Then I realised, that’s condescending as f*ck so went with this instead: Enjoy! 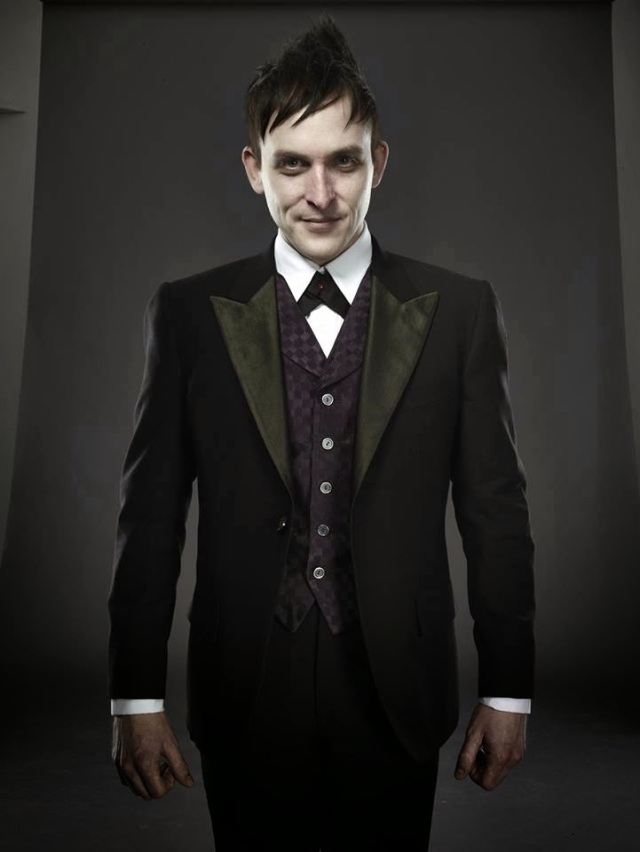 I thought I’d start with the one that will annoy the most people. Not with picking someone that isn’t good, because he is VERY good in this, but because what it means for the rest of the blog. You see, I decided to limit myself in this blog to one per franchise. So this is the Batman one. Think about that, that means I’m not including Heath Ledger, I’m not including Jack Nicholson, Adam West, Anne Hathaway (which considering how much I love Hathaway, really says something), Michael Keaton, Mark Hamill, Robert Swenson. 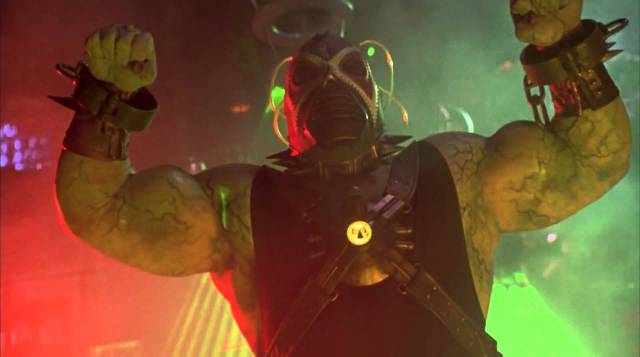 That alone should say how good I find his performance. But I’ll try to explain it better: before I watched the series I HATED the character of The Penguin. It seemed to cartooney, too silly to work, so something could never work in a modern gritty show. Yet with him, it works. He’s without a doubt the best part of the show, and makes it worth watching just for him.

Let’s get something straight, a lot of you don’t like the Iron Man character. You may think you do, but you don’t. You like Robert Downey Jr. as Tony Stark. Let’s face it, when Marvel made this film it was risky, more than it would seem to be now. Captain America would have been a much safer bet as he’s more recognisable. But Iron Man was better as a character to introduce the audience to the universe. Luckily it paid off as now we have Guardians Of The Galaxy etc, on the downside, we also have Avengers: Age Of Ultron. So it’s not all good.

I’m not doing this blog in any particular order really, just the order I feel like, because I’m a rebel who don’t play by society’s rules, man! If I was doing them in order of how absolutely PERFECT the casting is, this would be top. Numero uno. Number one. Top Gun. Jaws. The Godfather.

It’s often said that certain actors are born to play certain roles, and this is the one that he was absolutely BORN to play. He’s not playing the character here, he is the character. He embodies absolutely everything about it. God knows who they replaced him with when they rebooted the series, probably some blonde sweepy haired blue eyed prick from Dawson’s Creek or something.

I was tempted to go with James “Smugface” McAvoy for the X-Men section. He gave Xavier a certain vulnerability that Patrick Stewart was never really given the chance to. Then I thought, maybe Fassbender as Magneto? I mean, he OWNED that role. Or maybe Hugh Jackman for defying all odds and being amazing at Wolverine (odd to think now, but a lot comic book fans HATED the idea of him as Wolverine when it was announced. But then again they also hated it when Ledger was announced as The Joker and Ben Afleck was announced as Batman, so really this just proves they don’t have a f*cking clue). But then I thought; f*ck it, it has to be Reynolds. It really does. Not just for what he did in the film, but because of how he’s embraced the character out of the film as well. 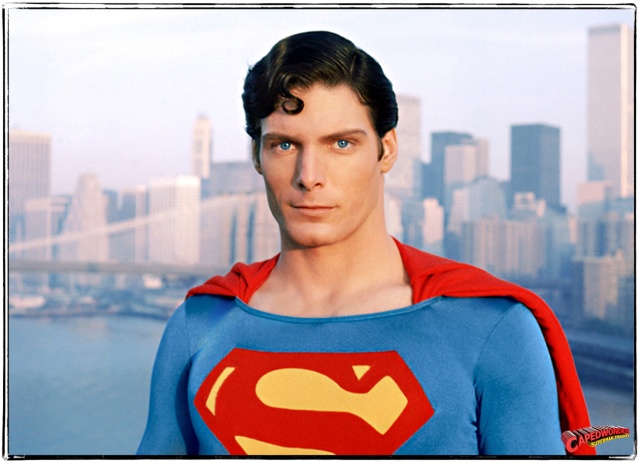 Do you even need to ask why? I mean, LOOK AT HIM!

Well as my colleague continues to beat on with his more relatable posts about films and TV shows normal people actually watch. I’ll cover our indie quota (aka I might have a pretentious taste in movies) and talk about the, should be better known stuff. 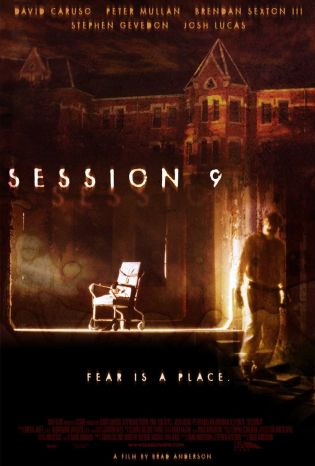 Now with that said, welcome to our belated horror special, to celebrate this month of horror we call October. On today’s menu the 2001 psychological horror, Session 9, and why I love it, and you should see it. I didn’t really need to repeat that, as the title already says it.

Like with mysteries, I’ve always had a fascination with psychological horror. Starting from when I was a young teenager and got into the Silent Hill games (listen out for the coming static), and it mutated from there. But really, psychological is my favorite brand of horror, topping everything from the creature feature to slasher flicks. As I believe the scariest things always come from ourselves, and that’s what the genre reflects. Because what really keeps you up at night? The thoughts of a zombie munching its way through your abdomen, or the guilt over the bad things you’ve done?

To put it in movies, Session 9 is The Shining with a dash of Repulsion, but not as visually out there as either. Set over a week (and yes it even has the obligatory names of the week title cards) it follows a group of five asbestos removers as they work at a condemned Insane Asylum. Which is filmed at the real condemned Danvers State Asylum, where the majority of the film takes place. The work is hard, the personalities clash, and the weight of the place is suffocating. As in a much slower burn (yet much shorter film) than The Shining, our characters begin to crack and question what they’re doing there.

Though still fairly obscure, what’s helped build Session 9’s cult film status (a status any fucking film can lay claim to now a days), is it retrospectively has a great cast. Helmed by Brad Anderson, who would go onto direct The Machinist (aka, HOLY SHIT Christian Bale is an insane method actor). And led by a pre-cheesy one liner spewing, shade darning David Caruso of CSI: Miami fame (or infamy depending on who you ask….infamy definitely infamy), and the genuinely amazing and underrated Peter Mullan.
They and their lesser known co-stars do a perfect job filling out their somewhat stock characters into a likeable bunch. From Mullan and Caruso’s hard-boiled boss and cool right hand dynamic, to the annoying young one, the fun sleazy one, and the smart one whose a bit too obsessed with the Asylum. No one you haven’t seen before, but no one you will forget.

The reason Session 9 wasn’t a hit is a simple one. It just doesn’t have much mass appeal (or at the time, even much niche appeal). It lacks the bloodiness for gore hounds, or the jump-a-minute scares for tweens. It even lacks the out-there bizarreness of other psycho -horrors like Jacob’s ladder, or the prestige of budding atmospheric driven horrors like The Others (released the same year). But what it lacks in prestige it makes up for in fledgling filmic style. The camera is always moving, and moving with a purpose, to show and to tell, and the editing is the same, carefully cutting with meaning to foreshadow the coming tragedy.

Walking the line between true film and a bit home movie-ey, it creates a vividly oppressive atmosphere, without losing its sense of realism. You can feel the dust in the air, the sprinkles of asbestos  , the crackle of old tape recordings, and the cold dark as it lurks round every corner. Though never hide-behind-your-hands scary, it’s a creepy film that rots in your stomach and leaves you infected. Even as the plot gets more ambiguous and the characters get crazier, it never loses the feeling of being just five guys doing this shitty job, just to scrape by and gets some cash. Unlike a lot of modern horror films, it never lacks or loses its human centre (cough cough Until Dawn, cough cough, I know it’s a game).

Even if it wasn’t seen by many people, it has left a long and well warn impression on those who did. Going on to inspire imagery in Silent Hill 3, specifically the hospital level, and though far from a ‘classic’ is now a well-regarded for its atmosphere, story, and themes amongst horror aficionados. And is a personal favorite of mine in the horror genre, if I hadn’t mentioned. It also features one of my most beloved ending lines in cinema, quoted in the picture below, but without the context of the film holds little weight. So SEE IT, if you want to know what it means, and afflict this haunting picture onto yourself.

It also left us with this; either a funny but completely out of place bit of over the top hilarity, or Brad Anderson can join the ranks of other great directors, like Tommy Wiseau, of unintentionally being funny when trying too hard. But I think it’s probably the former.